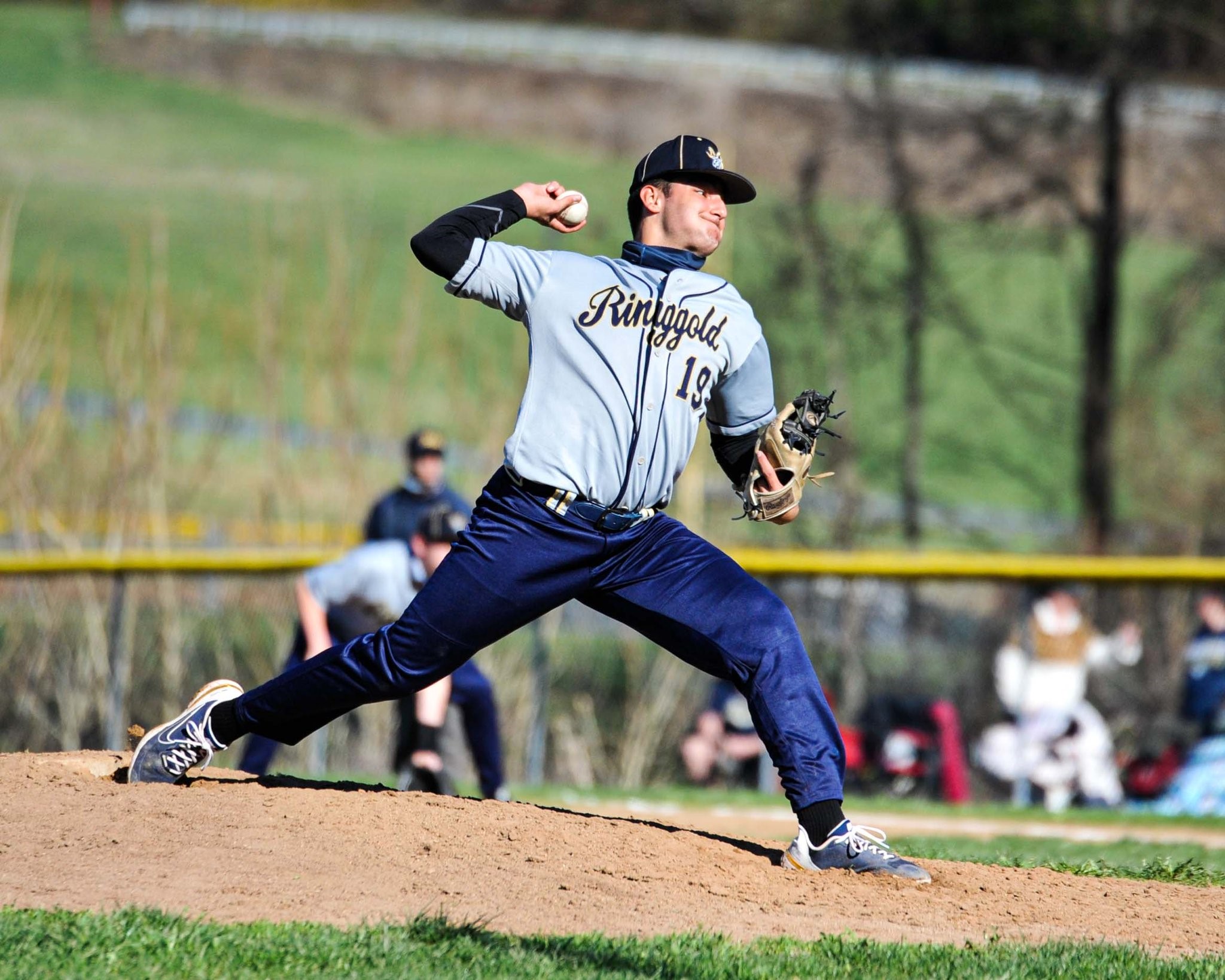 The Ringgold baseball team won their second game of the year on Monday afternoon at California.

Ringgold’s offense got going in the first inning, scoring their first run off an RBI-single from Chad Behrendt followed by another run after Gianni Cantini was hit by a pitch with the bases loaded.

Ahead 2-1 in the third inning, the Rams would score two more runs, aided by a California error and a single from Cantini.

California found some momentum in the fourth inning, plating 3 runs and trimming the lead to 5-4. The Rams would respond, however, in the sixth inning, scoring 4 runs and breaking the game open. Both Behrendt and Cantini had big hits in the inning to aid the offense.

Ringgold would on to win 10-5. Cantini earned the win on the mound for Ringgold, allowing zero hits and one run while striking out six. Remington Lessman and Ashton Ray entered the game out of the bullpen and helped to close out the game in relief.

The Rams improve to 2-0 on the year and will return to action on Tuesday night, traveling to Evans Field to take on South Park at 7:00pm.