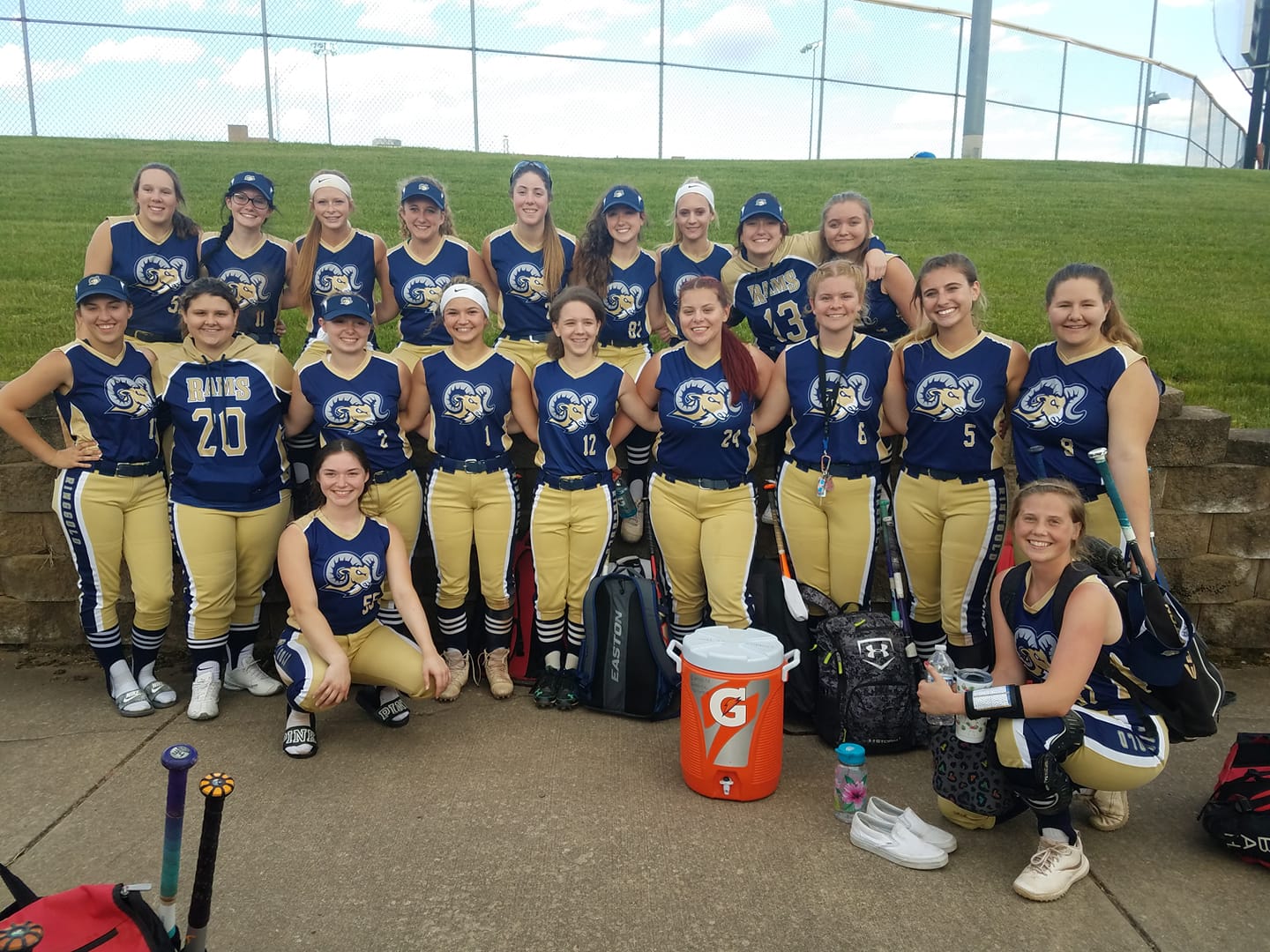 The Ringgold softball team was back in the WPIAL playoffs for the first time since 2017 and was slated to face New Castle in an 8/9 first-round match-up.

The Lady Rams looked nervous to start the game, giving up three runs in the bottom of the first inning.

The Lady Rams would bounce back in the top of the second when Leah Jaquay doubled in Hannah Frizzell to cut the deficit to 3-1, and the Ringgold tied it in the third with a pair of runs.

The Lady Rams would pull away in the top of the fourth. With two on and two out, Nya Adams lined a triple down the third base line scoring both runs. Lauren Temoshenka would cap off the scoring with a line drive into center field, scoring Adams from third base.

From there, Ringgold never looked back, using solid defense and a stellar pitching performance from Jillian Scherer to close out the Hurricanes offense.

Ringgold would add two more runs in the sixth inning on triples by Adams and Scherer, and add an insurance run in the top of the seventh on a double by Kylie Gosliak.

Jillian Scherer earned the victory on the rubber for the Lady Rams. She went seven innings, allowing three runs on three hits, striking out six and walking two.

Ringgold would tally 11 hits on the day, with Nya Adams, Lauren Temoshenka, Jillian Scherer, and Leah Jaquay all managing to have two hits apiece.

With the win, the Lady Rams advance to the WPIAL quarterfinals to face the #1 seed Mount Pleasant on Monday at a site and time to be determined.