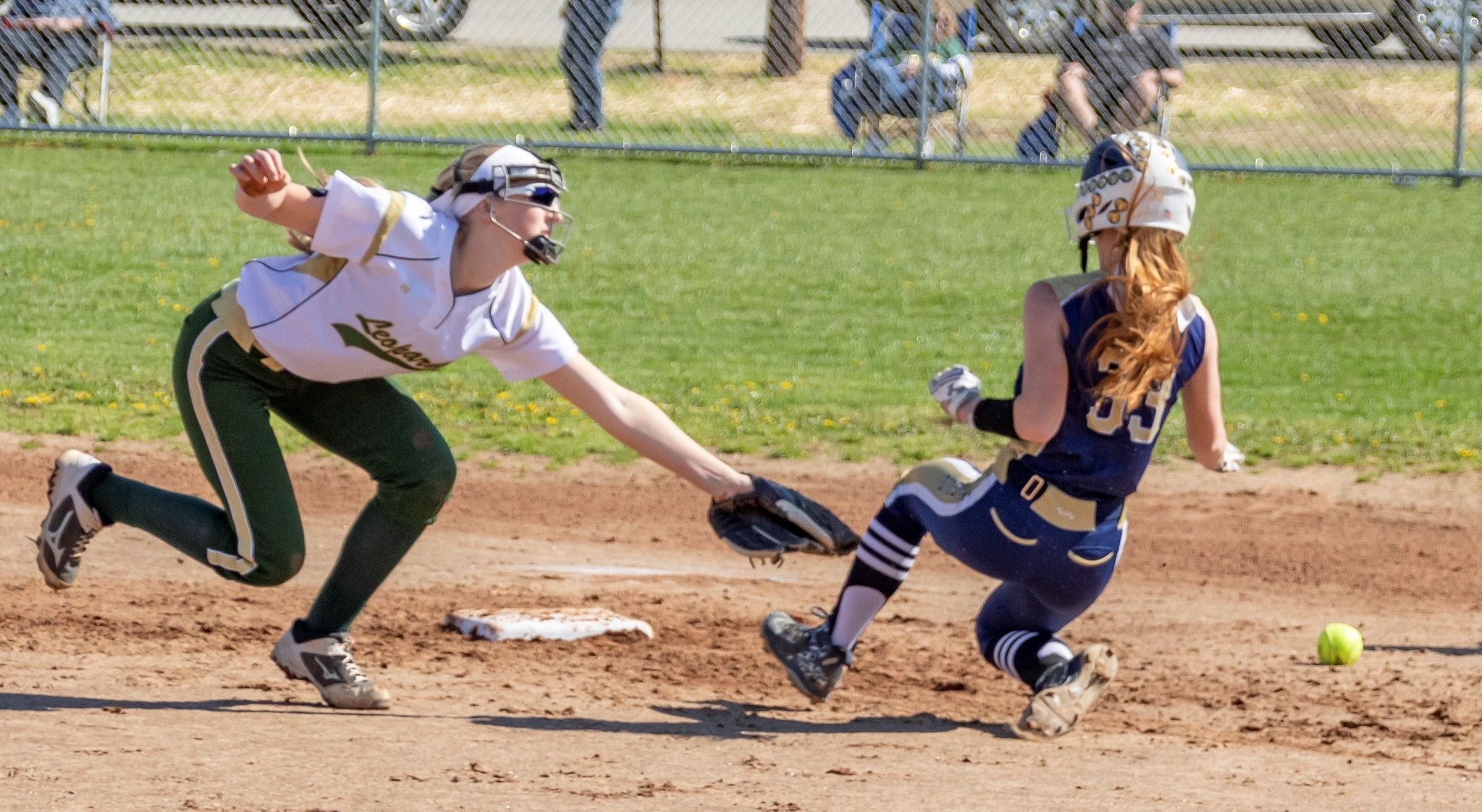 The Lady Rams’ softball team avenged a loss earlier in the season to the Leopards with a 5 -3 win at Belle Vernon on Monday.

Ringgold got on the board in the first inning when Nya Adams led off with a double to left center. Jillian Scherer would single up the middle scoring the lone run in the inning.

After two scoreless inning by both teams the Lady Rams pulled away for good with four runs in the fourth inning. Holly Arbes had an RBI-single that scored two runs followed by Nya Adams’ single which scored two more.

Jillian Scherer earned the victory on the rubber for Ringgold. She went seven innings, allowing eight hits and three runs while striking out four.

Adams led the Lady Rams with two hits in four at bats.

With the win, Ringgold has now won its fourth consecutive game while improving to 5-3 in section play. The Lady Rams will look to keep the streak going when they travel to Elizabeth Forward on Tuesday, April 23rd.