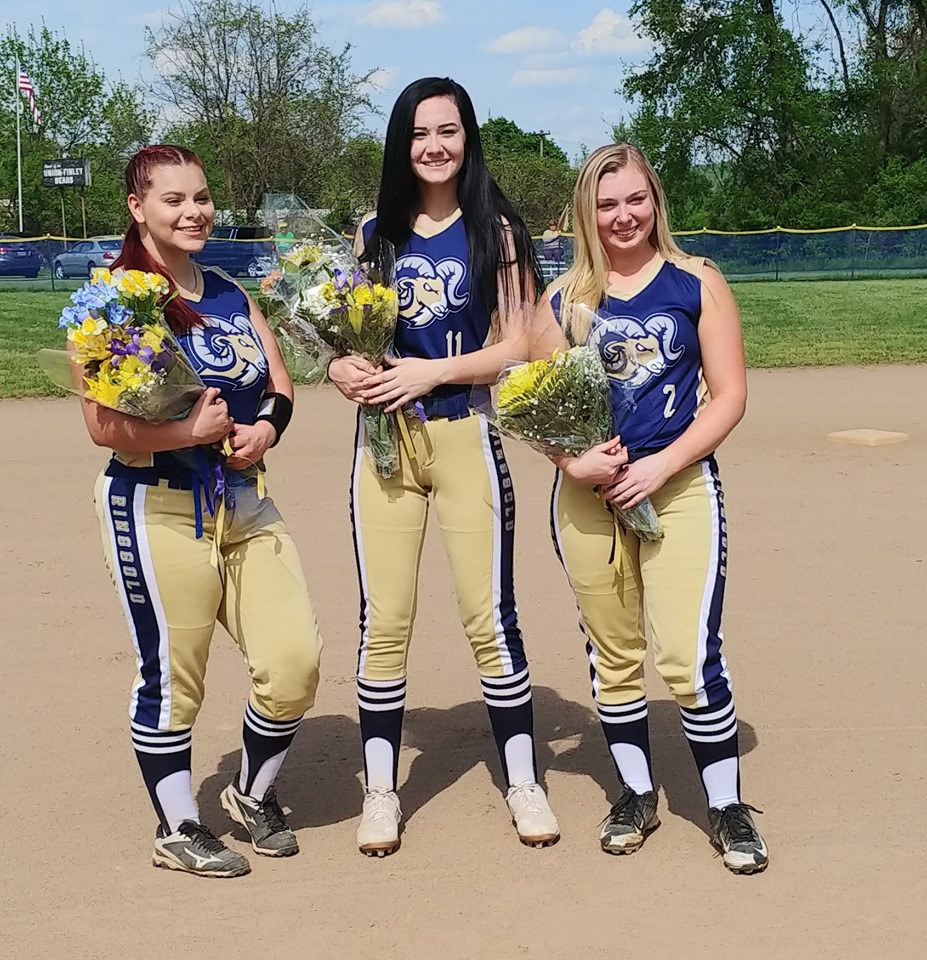 Ringgold’s Nya Adams was an RBI machine on Tuesday, driving in six runs on three hits to lead Ringgold Lady Rams past the McKeesport Tigers in the section finale.

Ringgold opened up the scoring in the second inning when an error scored one run. The Lady Rams would break the game open with seven runs in the third inning. In the third an error scored two more before a Kylie Gosliak RBI-single and an Adams double that scored four runs.

McKeesport scored three runs in the fifth inning in an attempted comeback, but Ringgold took an easy victory by a final score of 13-6.

Jillian Scherer earned the win for the Lady Rams. She went seven innings, allowing six runs on five hits and striking out four.

The Lady Rams racked up 13 hits on the day. Nya Adams, Hannah Frizzell, Ashlee Selembo, and Kylie Gosliak each had multiple hits for Ringgold.

With the win Ringgold goes to 7-7 on the season and 7-5 in section play. The Lady Rams will look to end the regular season on a high note when they travel to Laurel Highlands to take on the Mustangs on Wednesday.