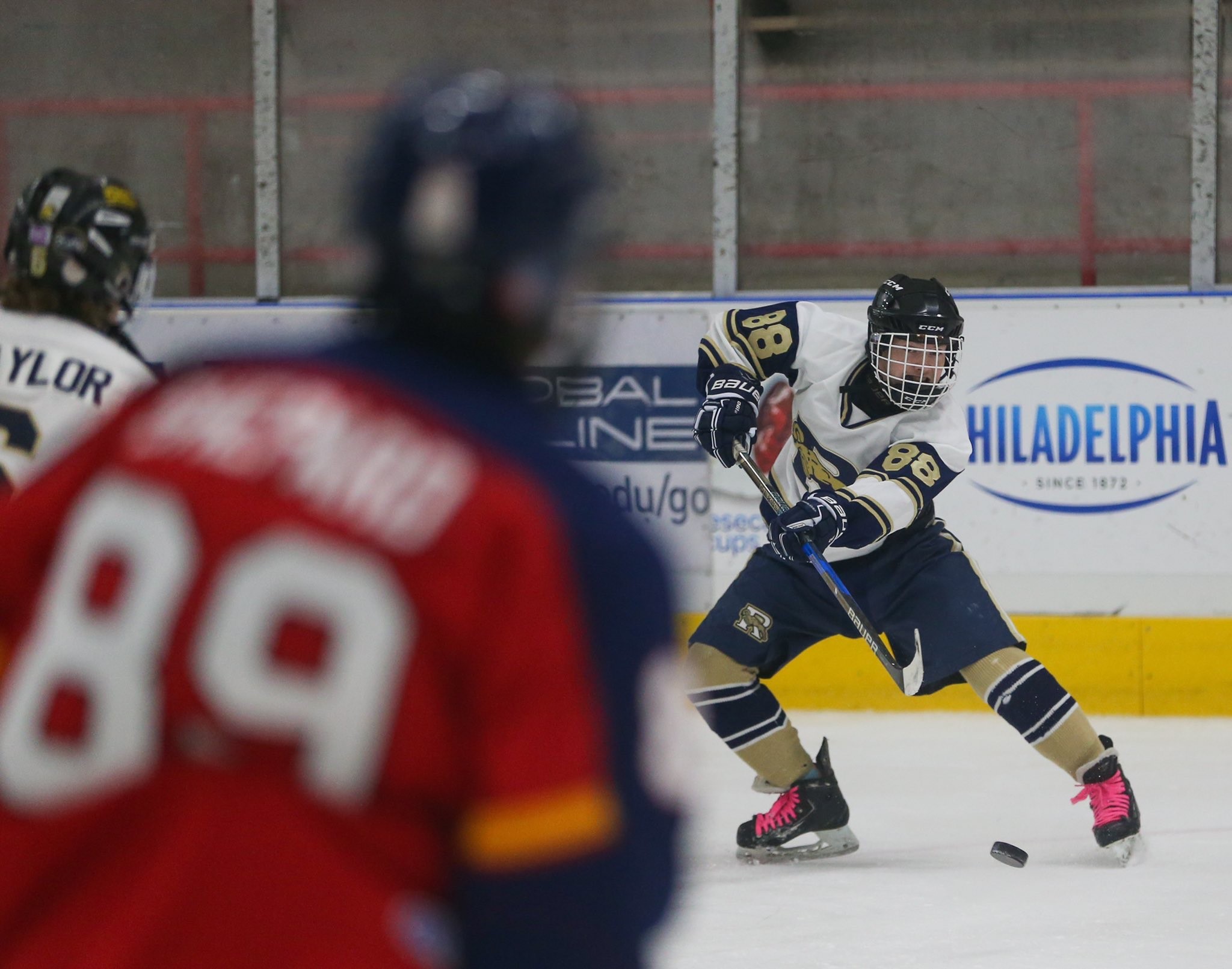 The Ringgold hockey team opened their 2019-2020 campaign at home, facing off against Morgantown at Rostraver Ice Garden.

Although Ringgold had the better of play for much of the opening period, it would be Morgantown would lit the lamp first, scoring at 9:03 of the first period to take an early lead. The Rams would respond just five minutes later, using a goal from Ethan Saylor to tie things up at 1.

The defending Division 2 champion broke the game open with a three-goal second period. Nathan Todd would score back-to-back goals for the Rams and Saylor would add his second as Ringgold took a 4-1 lead into the final period.

In the third period, Todd completed the hat trick just thirty seconds into the period, scoring a shorthanded goal on an assist from Justin Day. Morgantown would add one more score a power play goal midway through the period, but Ringgold held on for a 5-2 final.

The Rams finished with 54 shots on the night and goaltender Chad DeGroen earned the win in net with 18 saves.

Ringgold (1-0) will face one of their toughest opponents on Monday, October 14 when they host Carrick. Puck drop is set for 7:15pm.