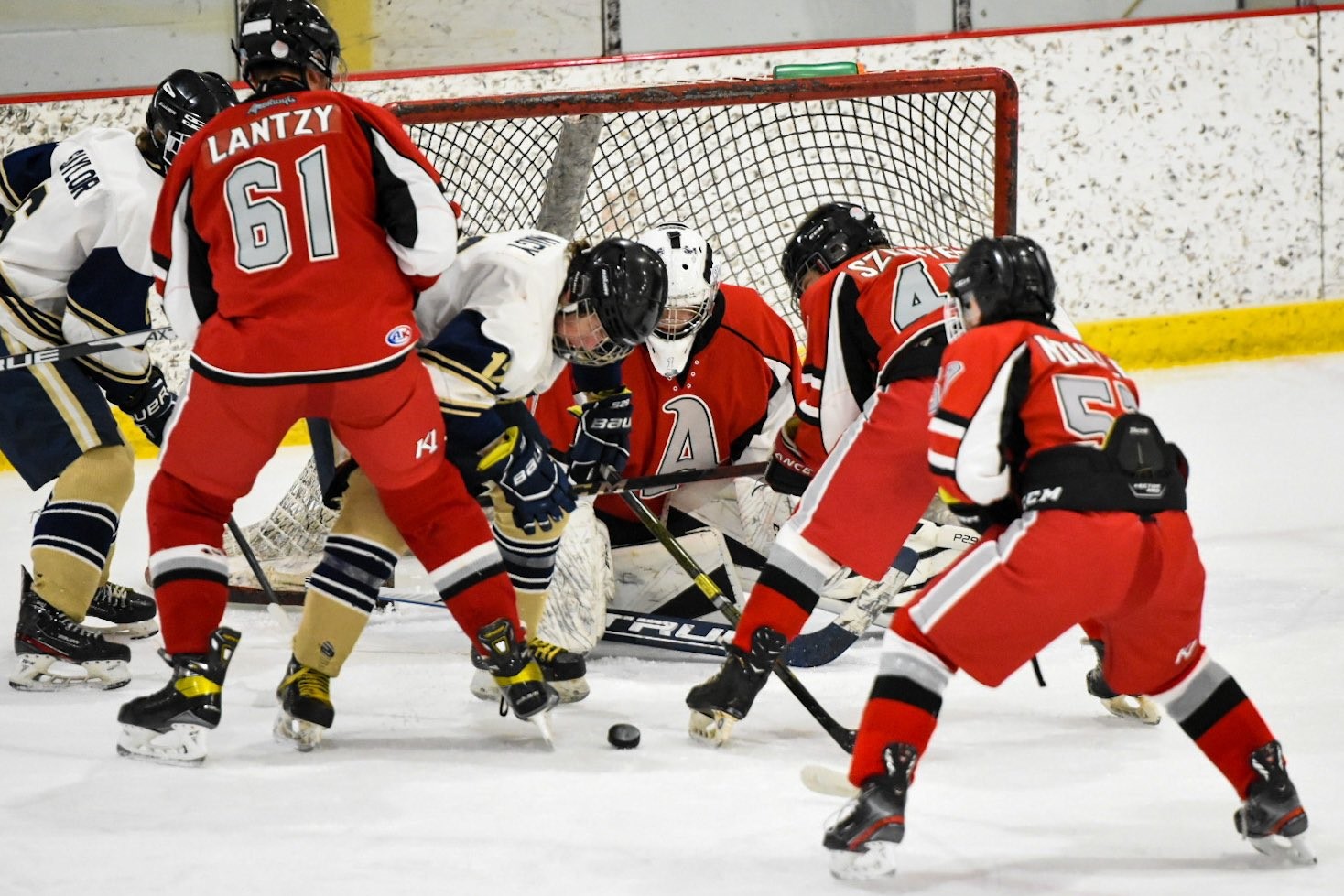 After almost two weeks off, the Ringgold hockey team returned to action on Monday night, squaring off against Avonworth in the opening round of the PIHL playoffs. The Rams entered the tournament as the #1 overall seed.

Despite some early struggles, Ringgold took a 5-2 victory over the No. 8 Antelopes at the Ice Castle in Castle Shannon.

Hunter Hodgson broke a scoreless tie in the second period before Ethan Saylor added a goal less than a minute later to give the Rams a 2-0 lead.

Avonworth broke up Ringgold goaltender Jerry Mease’s shutout bid with a goal by Avery Leffler with 6:30 remaining in the third period. Mease made 19 saves in the win.

The Rams will now turn their attention to the Class B semifinals where they will meet No. 4 Bishop Canevin on Thursday, April 15 at the RMU Island Sports Center.