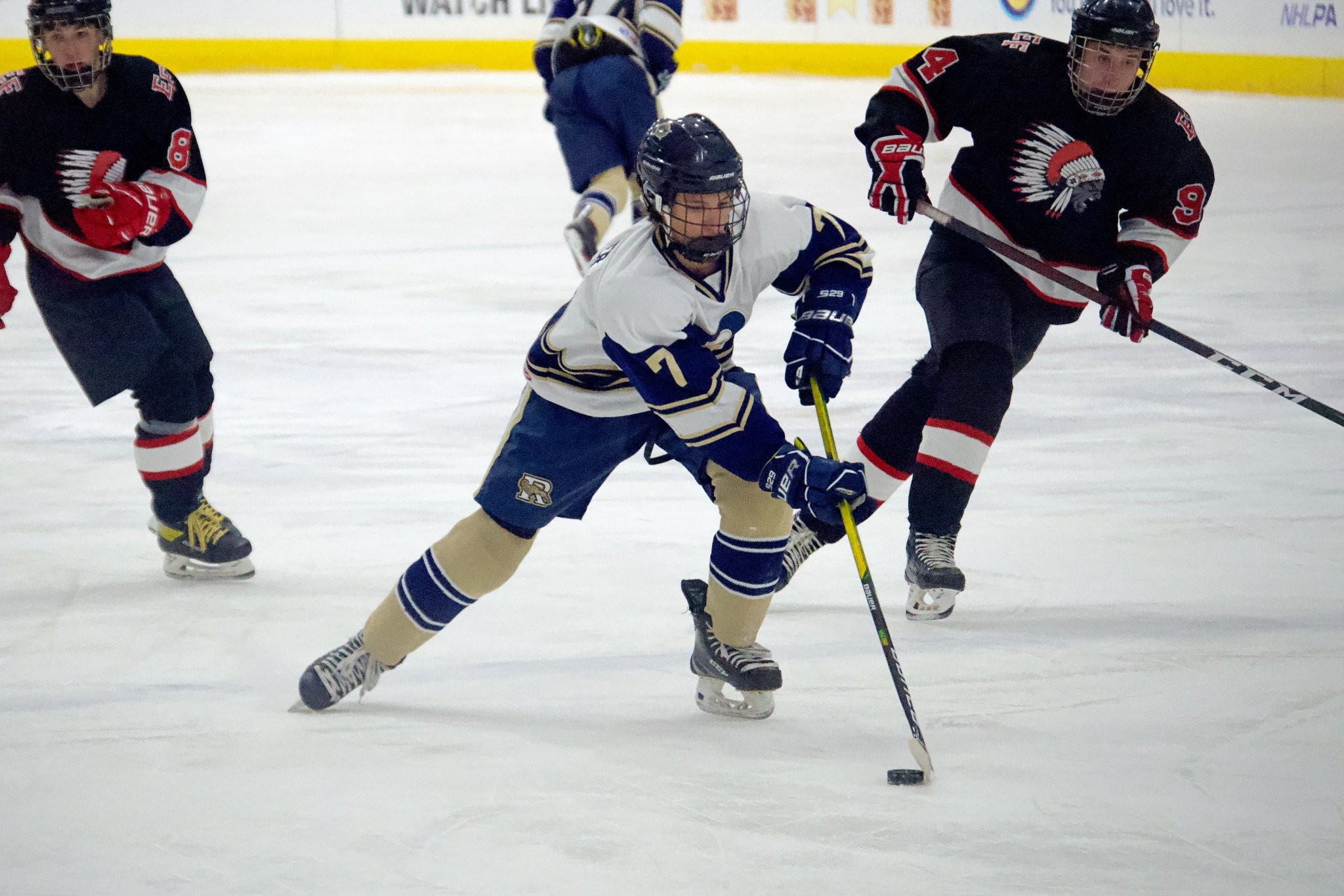 The Ringgold hockey team opened their season with a dominant 9-3 victory over Elizabeth Forward on Monday night at Rostraver Ice Garden.

Nathan Boulanger got Ringgold on the board in the first period with a four-on-four goal for a 1-0 lead. Boulanger scored his second goal with assists from Cadwallader and Suarez with four minutes remaining in the period. Elizabeth Forward would answer with their own goal to trim the deficit to 2-1 after one.

Freshman Kenny Cadwallader scored twice in the second period that were separated by another Warrior tally.

Already ahead 4-2 at the start of the third period, the Rams offense exploded for five goals over the final 20 minutes.

The Rams wasted little time getting going in the final frame as Trenton Hawk scored just 26 seconds in. The Warrios answered quickly to make it 5-3.

It was all Ringgold after that as the Rams cruised to a 9-3 win.

Ringgold (1-0) was paced by a five-point night from junior Nathan Boulanger and a hat trick from Kenny Cadwallader. Zach Kalinowski added a goal and three assists and Hunter Suarez had three helpers.

The Rams return to the ice at Avonworth on Monday, November 9th.