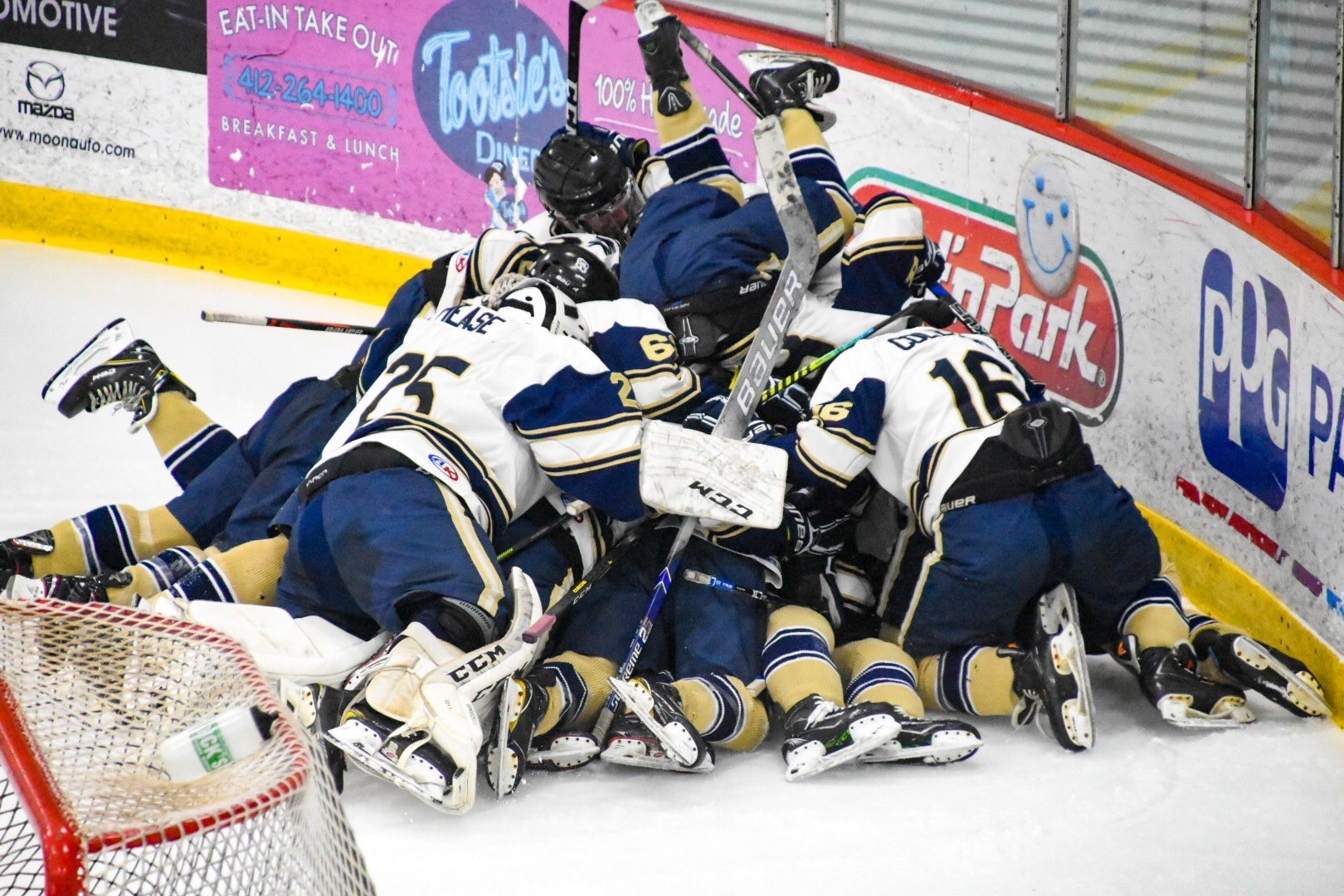 The Ringgold hockey team traveled to the RMU Island Sports Complex on Monday for a PIHL D2 semifinal game against Elizabeth Forward. The Rams swept the two games against the Warriors earlier this season. For the second consecutive year, Ringgold went home having advanced to the championship!

The Rams had all the momentum early in the game, building a 3-0 lead before penalties caused Ringgold to come undone and let Elizabeth Forward back in the game. The Warriors scored one power play goal before the first intermission to cut the deficit to 3-1 at the break. Ringgold’s goals came from Evan Eberlein as well as a pair from Justin Day.

Picking up where they left off, Elizabeth Forward scored four consecutive power play goals to start the second period and take a 5-3 lead over the Rams. Ringgold would stop the bleeding with five minutes remaining in the period on a goal from Nathan Boulanger.

Trailing 5-4 heading into the third, Ringgold needed a late rally and Boulanger would net his second goal of the game with 13 minutes remaining to tie things up at 5 apiece. It would be the lone goal of the period and the teams would head for overtime.

In the sudden death overtime, Nathan Boulanger scored the game-winning tally on a breakaway only 55 seconds into the extra period!

The victory sends the Rams back to the final for the second consecutive season. Ringgold (18-0-1) will play Carrick (16-1-2) in the championship game at 8:30 p.m. on Tuesday, March 17th at the UPMC Lemieux Complex in Cranberry. The Rams split against the Raiders in their two meetings this season.