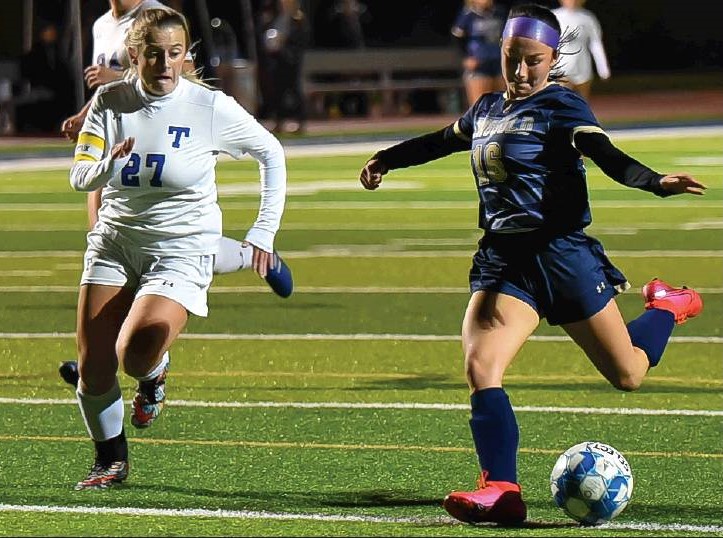 Ringgold avenged a season-opening loss to Trinity by downing the Hillers, 2-1, in Section 2-3A play Thursday at Joe Montana Stadium.

Ringgold controlled most of the first half and kept the pressure on the visiting Hillers, registering 12 shots over the first 40 minutes.

The Lady Rams got on the board first early in the half when Elizzabeth Wilson sent a long lead pass to Eleanor Bucchianeri. Her first attempt was turned aside by Hillers keeper, but the rebound came right back to Bucchianeri, who buried it for a 1-0 lead.

Freshman Elizzabeth Wilson added Ringgold’s second goal with just six seconds left in the first half, in what turned out to be the game-winner.

Although Ringgold led 2-0 heading into the second, the Hillers would not go without a fight. Trinity forward Alyssa Clutter beat a Rams defender to a long pass in and beat keeper Emily Doleno low right to cut the deficit to one in the 56th minute.

Ringgold’s defense held on for the remainder of the half and sealed a 2-1 victory.

Ringgold finishes out the regular season on Tuesday against Connellsville. A win could potentially put the Lady Rams in a tie for third in the section. Game time is set for 6:00pm.