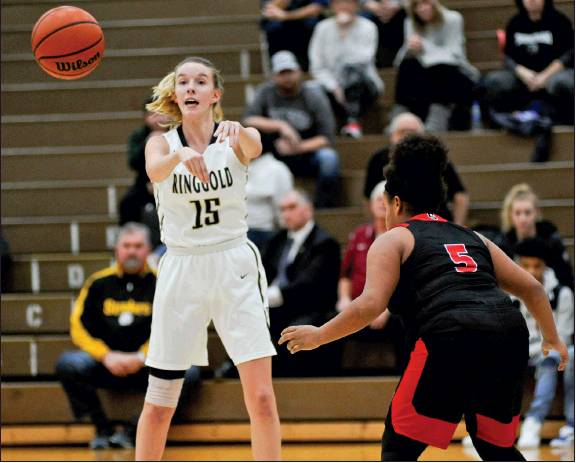 The Lady Rams resumed section play on Thursday, hosting Southmoreland in their first game back from Christmas break.

In the early going, both teams struggled to find momentum but the Scotties pulled ahead 7-5 after one quarter.

The inconsistency on offense would continue into the second quarter, but the Lady Rams would make a late push to close the gap to only a one point deficit, 14-13, at the half.

Ringgold continued to surge and took the lead midway through the third quarter, but Southmoreland would answer to tie the game. From there, the Lady Rams became undone and untimely turnovers fueled an 11-2 run but the Scotties to break the game open. At the end of three, Ringgold trailed 25-21.

Still in striking distance, the game was up for grabs heading into the fourth quarter. Unfortunately, Ringgold’s offense continued to struggle, managing only one point in the frame. The Scotties outscored the Lady Rams by 11 to put the game away.

The Lady Rams are back in action again on Monday, January 7th, traveling to Mt. Pleasant.