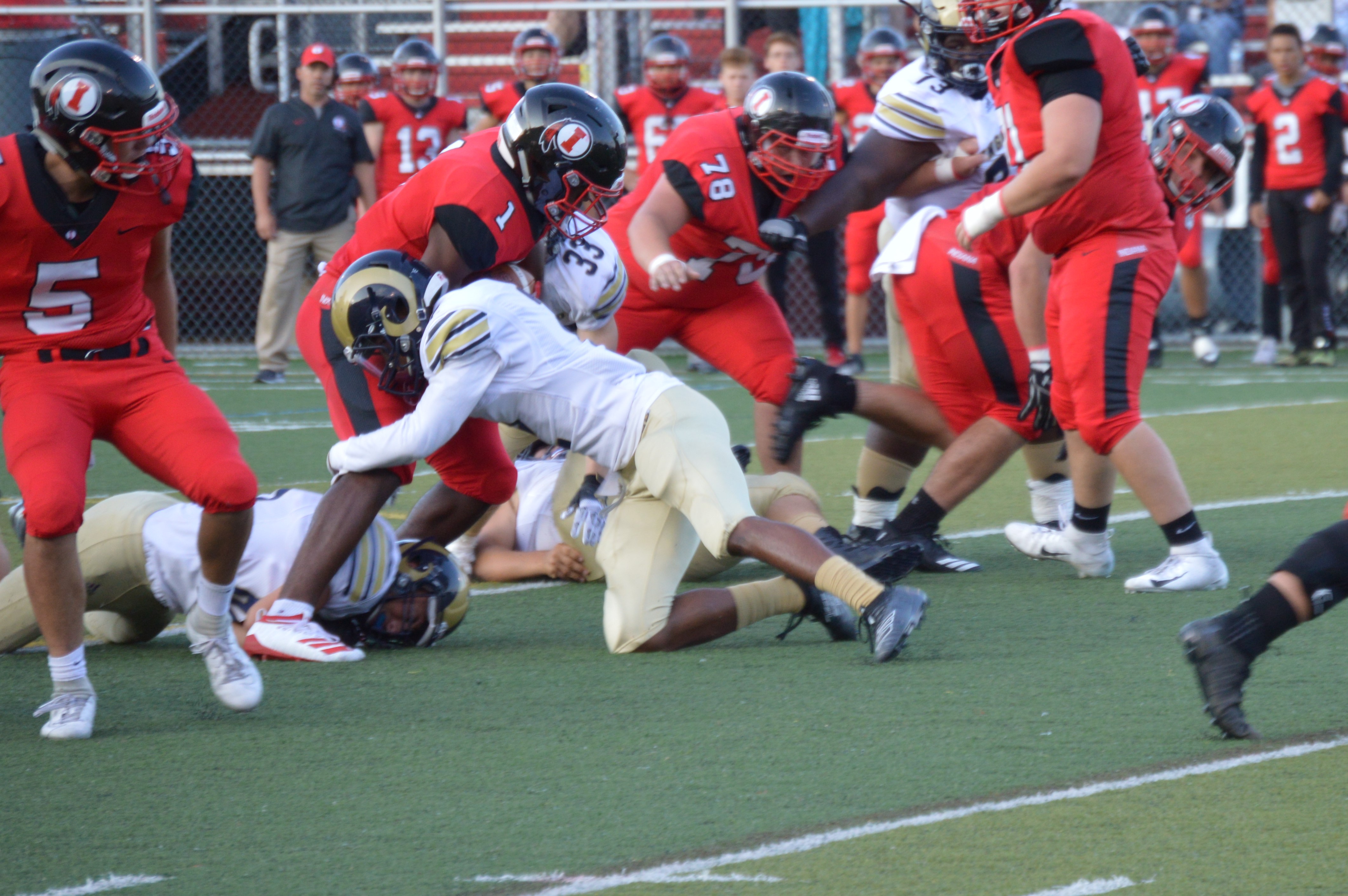 The Ringgold football team made the long trip north to Indiana on Friday night for a Big 8 conference game against the Indians. Rams stayed with Indiana through one half of play Friday night before being outscored, 21-6, in the second half of a Big 8 Conference loss.

The Rams took a 7-0 lead on a 54-yard touchdown pass from Jacob Duncan to James Minnie midway through the first quarter. The Indians would answer right back, however, and the score would remain tied at 7 heading into the half.

Indiana would come out strong in the third quarter, scoring the next three touchdowns of the game before Ringgold’s John Polefko scored from 7 yards out to stop the bleeding.

Ringgold would ultimately fall 28-13 and move to 0-3 (0-2) overall. The Rams will host Trinity next week for Youth Night.