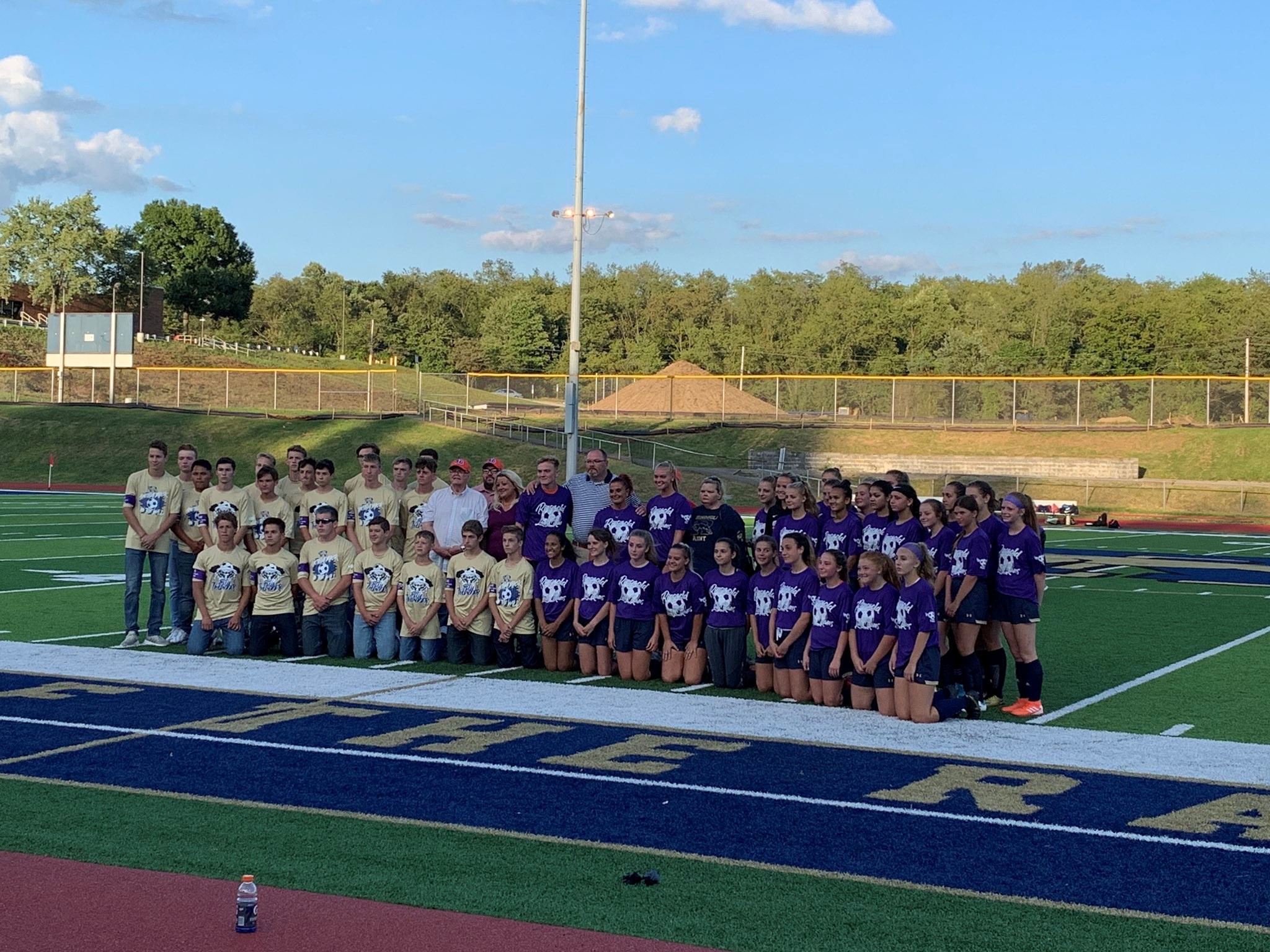 The Lady Rams soccer team hosted Albert Gallatin on Wednesday night to open section play. Ringgold was looking to rebound from two losses in the season-opening tournament this past weekend.

On an emotional night, former soccer-standout Moe Rosensteel, a 2019 graduate, was recognized with a pregame balloon release tribute.

The Lady Rams putting on a good showing with Ringgold freshman Carly Lutz leading the offensive attack, scoring within the first minute and a half of the contest en route to a 9-1 victory.

Jaelyn Rossini would add another score before a pair from Eleanor Bucchianieri and Lutz’ second of the game to give Ringgold a 5-0 lead at the halftime.

The Lady Rams would continue to add it on in the second, before the Colonials would get one back. In the half, Lutz would finish scoring four goals in total and picking up her first career varsity hat trick. Other second half goals came from senior Kylee Pry and freshman Katelyn Ferrence.

Ringgold (1-2, 1-0) resumes play on Thursday against Greensburg Salem as the Lady Rams host Youth Night in a varsity double header with the boys. First game begins at 6:00pm.