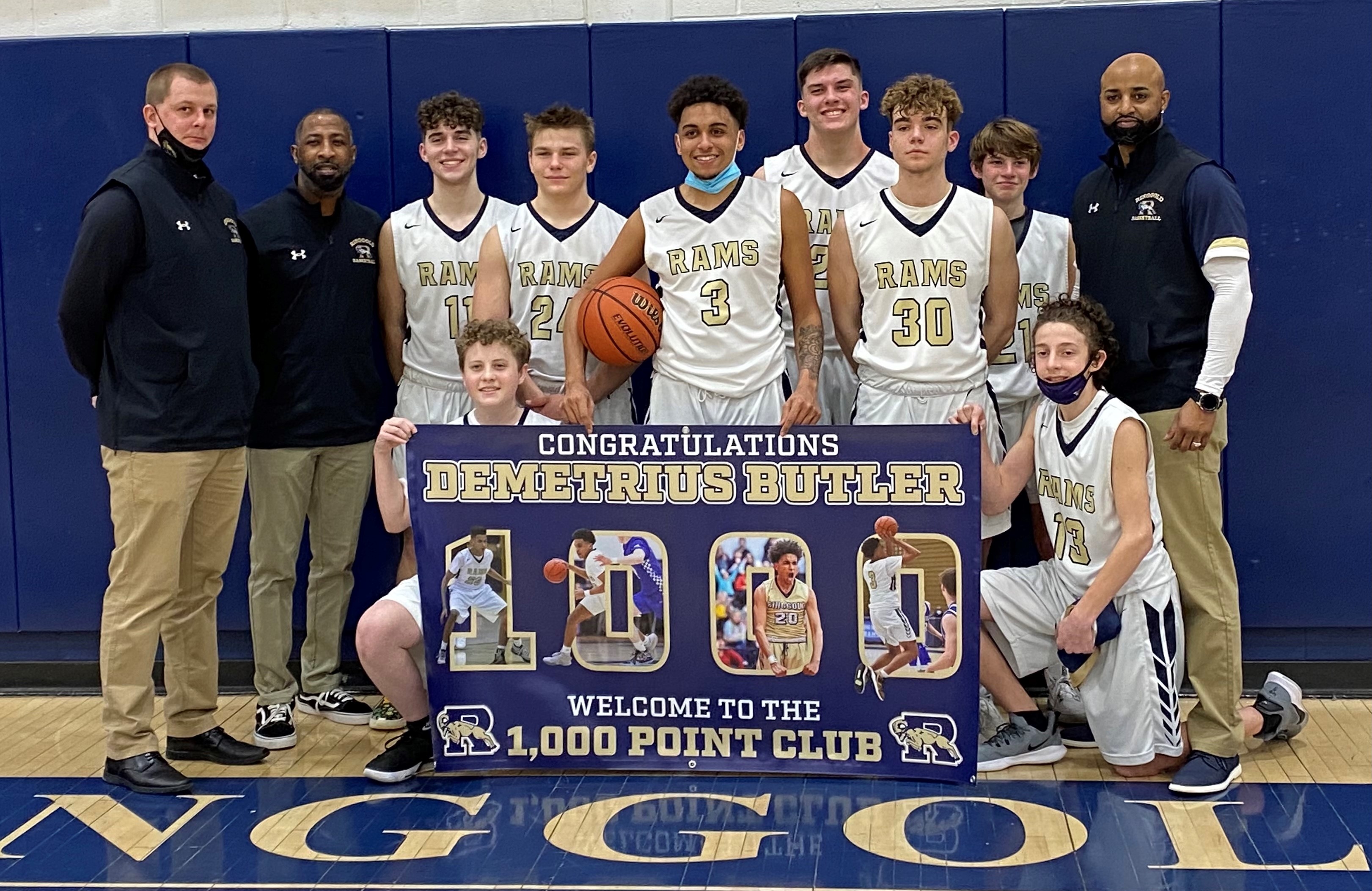 The Ringgold boys basketball team took the floor in what would be their final game of the 2020-2021 season.

The Rams entered the night with one goal – get senior Demetrius Butler to 1,000 career points. Butler entered the game needing 10 points to hit the milestone.

It wouldn’t take long for Ringgold to accomplish the task, as Butler hit a jump shot midway through the first quarter to send him over the threshold. After a brief recognition at midcourt, the attention shifted back to the game.

Ringgold looked sharp in the opening quarter, leading by 3 at the end of one. Frazier would battle back in the second to take a slim 2-point lead at the half.

In the second half, mistakes and turnovers would prove costly and Ringgold couldn’t manage to retake the lead. Frazier would hold on in the final minutes to seal the non-section victory.

Butler scored a game-high 34 points and became the ninth Ringgold boys player to score 1,000 career points. Nick Peccon added 19 points for the Rams, who finish the season at 5-12 overall.