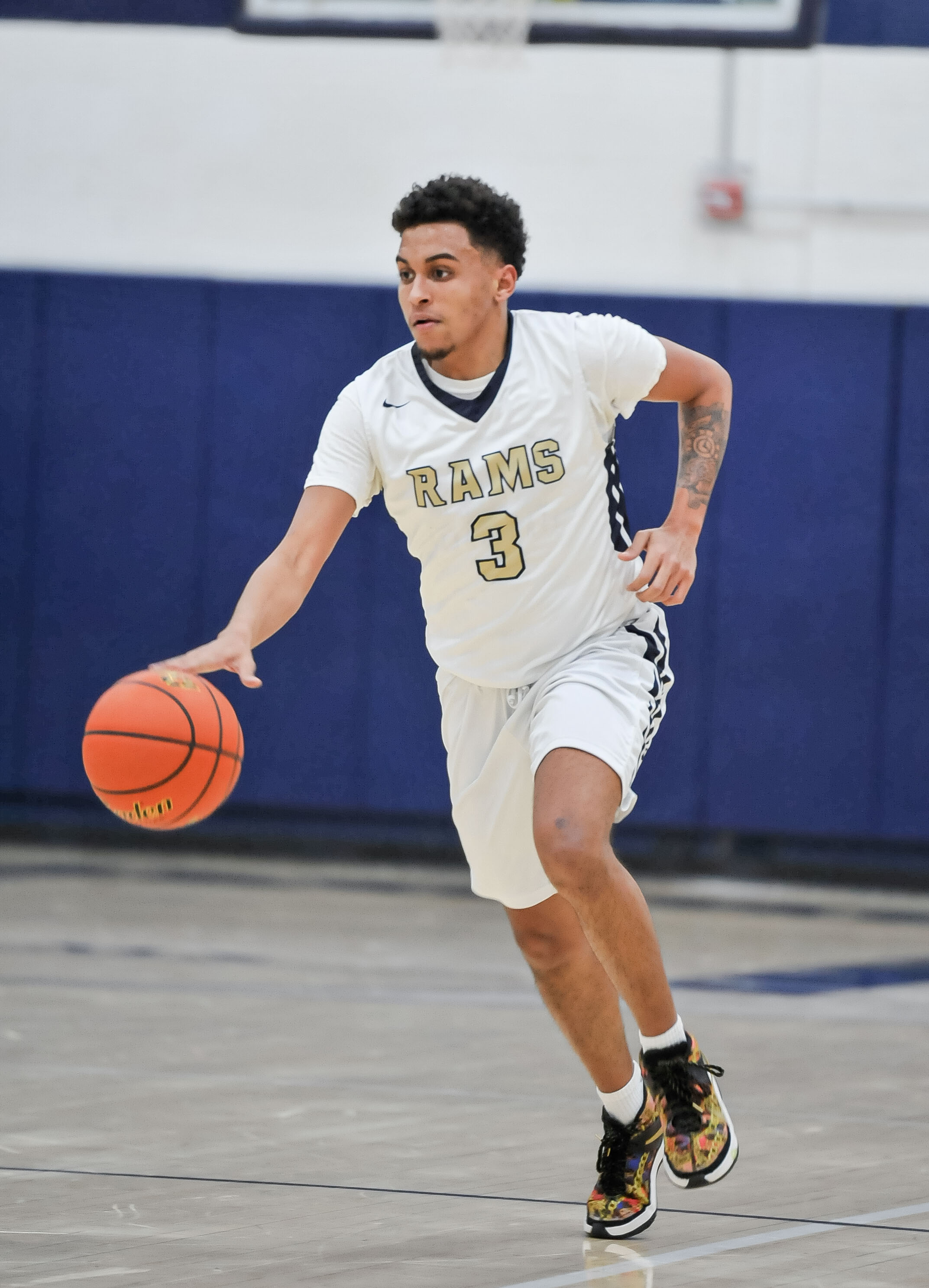 The Ringgold boys basketball team traveled to West Mifflin on Wednesday night for a section match-up that was postponed from Monday due to inclement weather. The Rams were looking to keep building on their momentum from a win over Connellsville on Tuesday.

It didn’t look as if the Rams would accomplish that goal in the first half, as Ringgold came out sluggish and lacked attention to detail. The slow start allowed West Mifflin to take a 7-point lead, 31-24, into the half.

Coach Wilson rallied the troops at the break and in the second half, Ringgold came out looking like a different team. On the defensive end, the Rams held West Mifflin to only 12 points over the final 16 minutes.

On the offensive end, senior Demetrius Butler took over the game, scoring 25 points in the half, including going 7-11 from the charity stripe.

Ringgold completed the second half comeback and then held on for a 65-49 victory.

Butler finished with a game-high 42 points, and in doing so tied the school record for most points in a single game. The record was set in the 2010-2011 season by Andrew Stine and then tied by Chris Peccon in 2017.

Ringgold will return to action on Friday, February 19th, traveling to West Allegheny for a 6:00pm tip off.