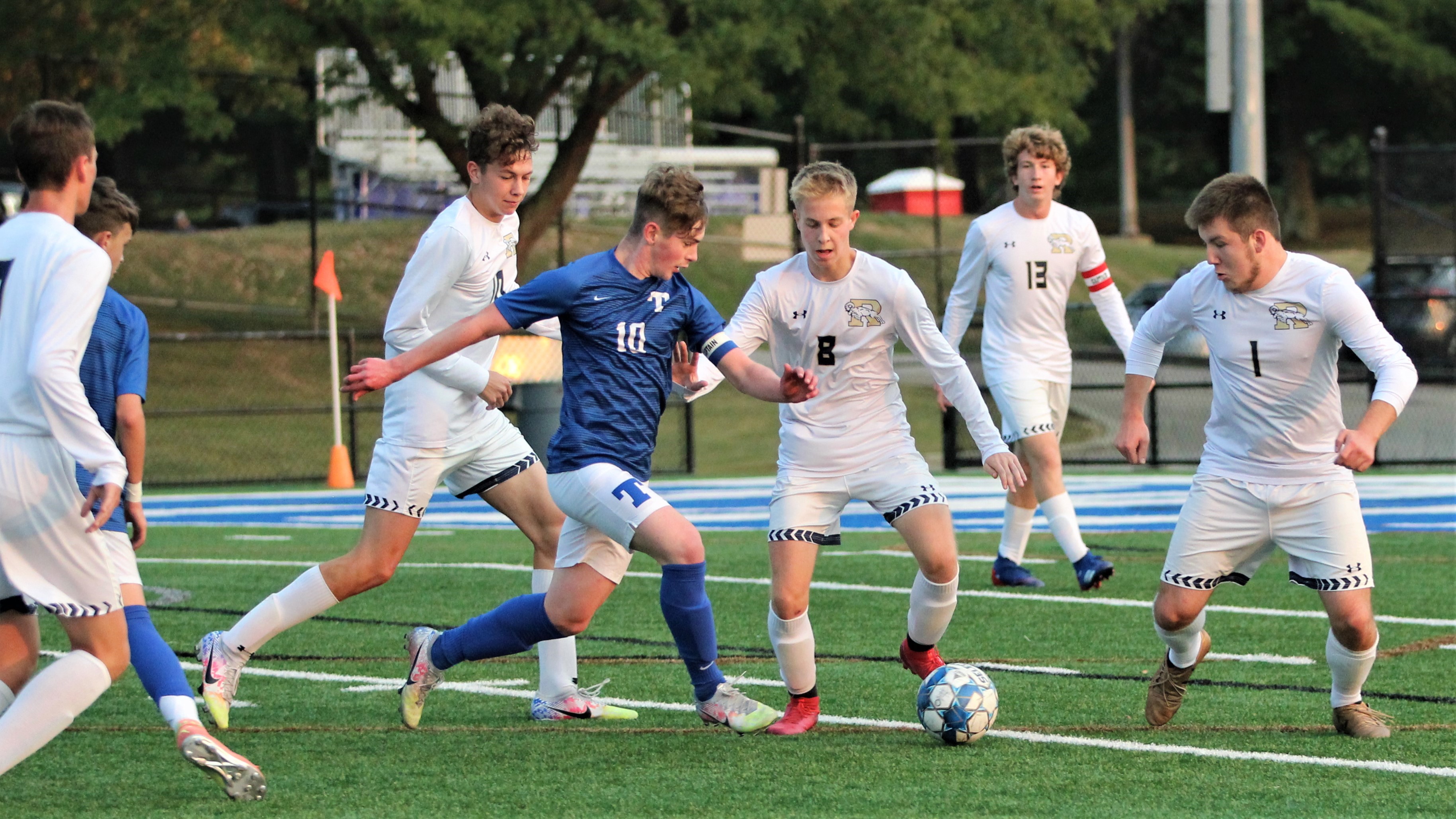 Ringgold Boys Soccer traveled to Trinity Thursday evening for a 3A Section 3 matchup. After a slow start for the Rams, the Trinity Hillers quickly took control of the game and never slowed down.

The Rams struggled to contain the Trinity offense as Elijah Cincinnati lead the way for the Hillers. Scoring 3 goals in the first half, Cincinnati was a threat every time he received the ball. Going into half, the Hillers led 4-0.

Beginning the second half, the Rams fought to put together some attacking pressure but could never seem to find their rhythm. The Hillers could do no wrong as they scored two more to finish the 6-0.

Ringgold travels to Albert Gallatin on Saturday for a late game against the Colonials.