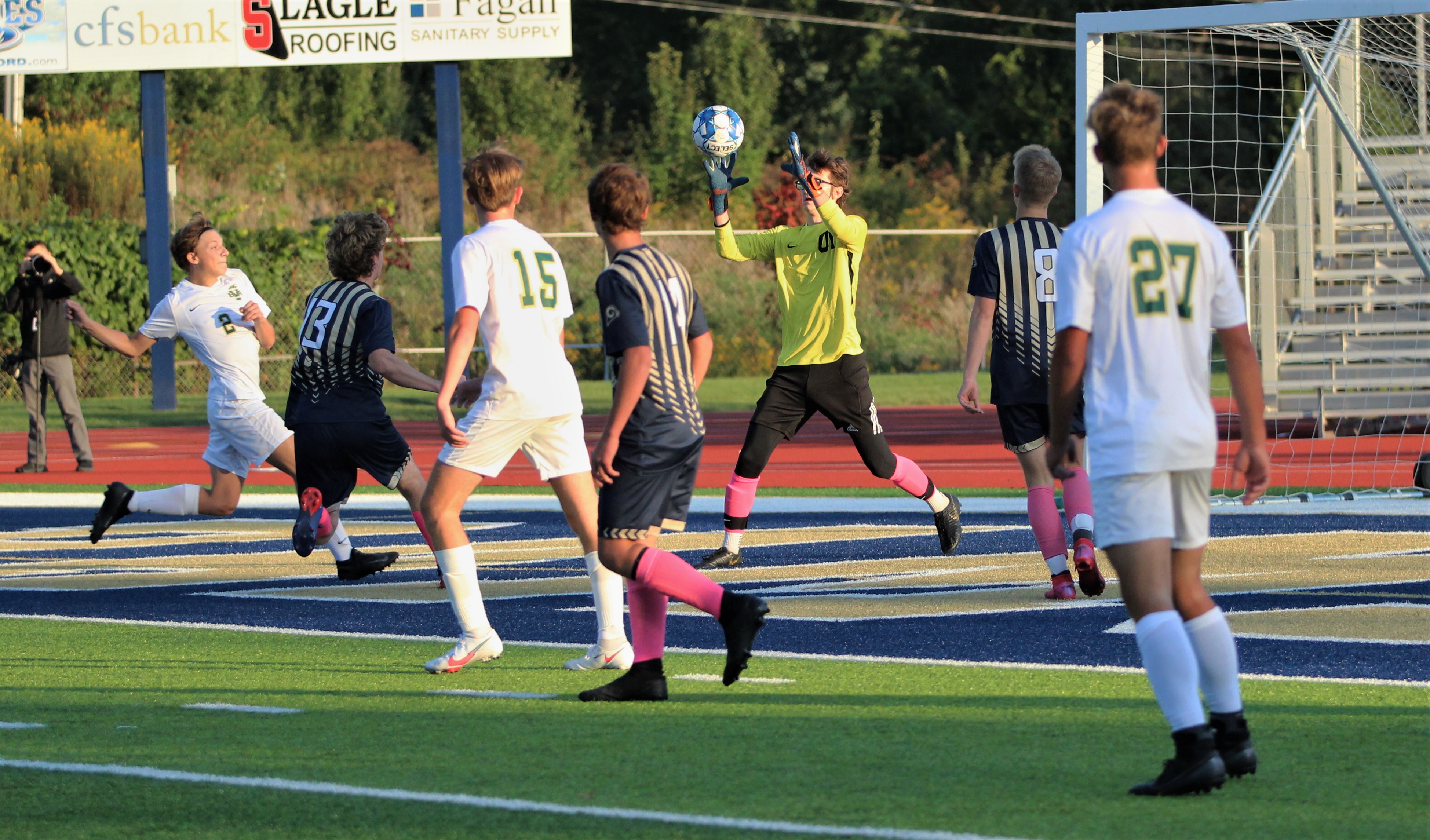 The Rams Boys Varsity Team took the field Saturday evening against the undefeated Belle Vernon Area Leopards as The Mon Valley Independent hosted a live stream of the event on their YouTube page.

The Rams and Leopards wasted no time taking their chances as both teams recorded shot attempts within the first 5 minutes of play. After a back and forth beginning of the game, the Leopards were awarded a penalty kick. BVA took the lead 1-0 with a successful conversion of the PK.

The Rams battled and searched for an equalizer for the remainder of the first half. After throwing everything the Rams could at the BVA goalie, a fast break provided the Leps another opportunity to score with just 0:36 left until half time.

Beginning the second half the Rams trailed 0-2 and held most of the possession. Attack after attack, the Rams looked sure to score. Unfortunately, the seal was never broken and Ringgold was unable to make up any ground.

Late in the second half, the Leopards were able to score again and finish the win with 3 goals.