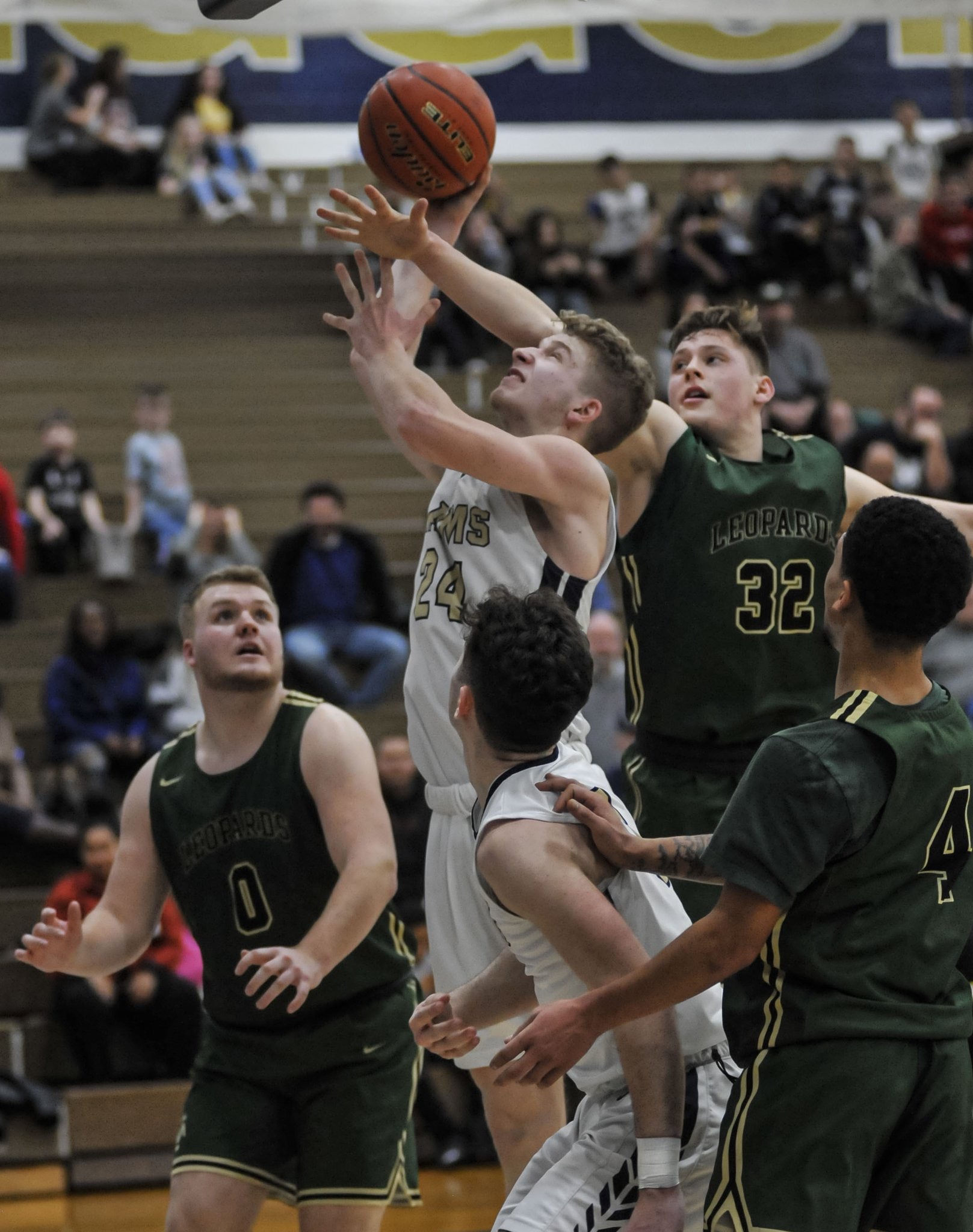 Ringgold hosted Belle Vernon on Friday night in the last home game of the 2019-2020 season. Unfortunately for the third time this season, the Leopards came away victorious with an 80-71 win in the Section 3-4A contest.

The Leopards’ Cam Nusser had himself a record-breaking night, hitting 9 3-pointers to set the single game mark, hitting eight of them in the first half and five in the opening period. The Rams fell behind 10-0 to start the game before they would finally get on the board, but Ringgold still trailed 27-18 after one.

In the second quarter, Ringgold would find some momentum behind the inside play of senior Luke Wyvratt. Wyvratt scored 16 points in the period and repeatedly helped the Rams trim the deficit. The score would get as close as five but the Rams couldn’t get over the hump. Belle Vernon responded with the mini rally late in period to take a 51-40 lead into the break.

The third period would almost replicate the second, with the Rams drawing close but the Leopards responding with a run to push the lead to double digits. In the fourth quarter, Ringgold ran out of gas and Belle Vernon pulled away.

Wyvratt finished as Ringgold’s leading scorer with 33 points while Chris Peccon had 19 and Demetrius Butler chipped in with 10.

Ringgold remains in third place of the section stands and will travel to South Park on Tuesday, February 4th.