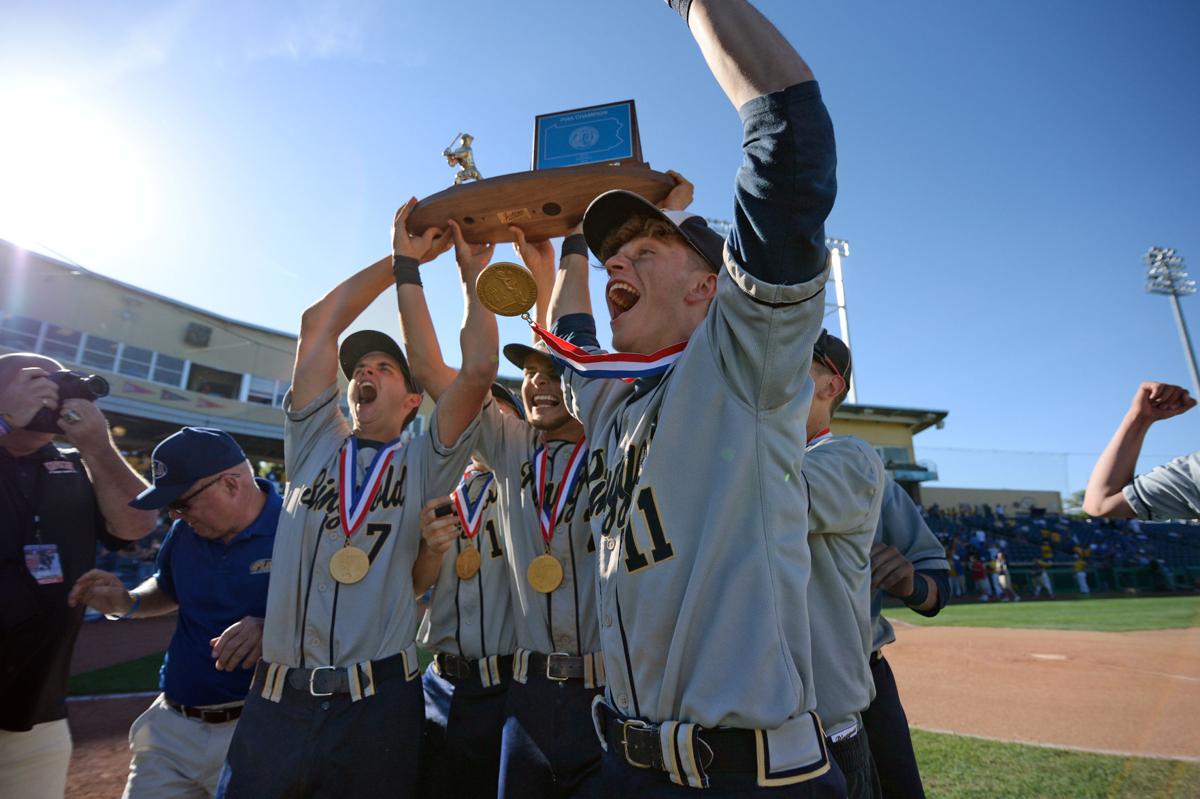 The Ringgold baseball team entered Medlar Field at Lubrano Park on Penn State University’s campus on Thursday looking to make history. The Rams were set to face off against District 2 champion, Valley View, in the PIAA 4A Championship.

In the early going, it appeared as if the Cougars had other plans. After a leadoff double and a blooper into left field, Valley View had runners on the corners with no outs. Ringgold pitcher, Josh Peters battled to punch-out two of the next three batters and looked poised to get out of the jam. That was until Valley View’s Kyle Cwalinski lined a bases-clearing triple to right field to give the Cougars a 3-0 lead.

After back-to-back hits by Chase Angotti and Koby Bubash, Ringgold responded with two runs in the bottom of the first on Luke Winterbottom’s single to pull the Rams to within one, 3-2.

Valley View would threaten again in the second, loading the bases. After the fourth consecutive hit, the Cougars extended their lead to 4-2. Great defensive work by Ringgold would turn a 6-4-3 double play that ended the threat.

The Rams were once again quick to respond. Jake Mayer and Jake Rongaus drew back-to-back walks and scored on a single by Bubash to tie the game at 4-4. Senior Ryan Varley then singled and the ball got past Valley View’s right fielder, allowing Bubash to score from first with the go-ahead run.

After allowing four runs over the first two innings, Peters settled in on the mound and kept Valley View off the scoreboard over the next four. Ringgold extended its lead to 6-4 in the fifth when Haines walked with two outs and scored on Jake Mayer’s double.

When Peters reached the 100-pitch limit with two outs in the sixth inning, Jake Mullen took over. Mullen, who pitched just seven innings all season, allowed two hits in 1 1/3 innings of scoreless ball to earn the save.

With the victory, Ringgold captured the program’s first state title and only the second in school history. The Rams finish the year at 20-4 overall.