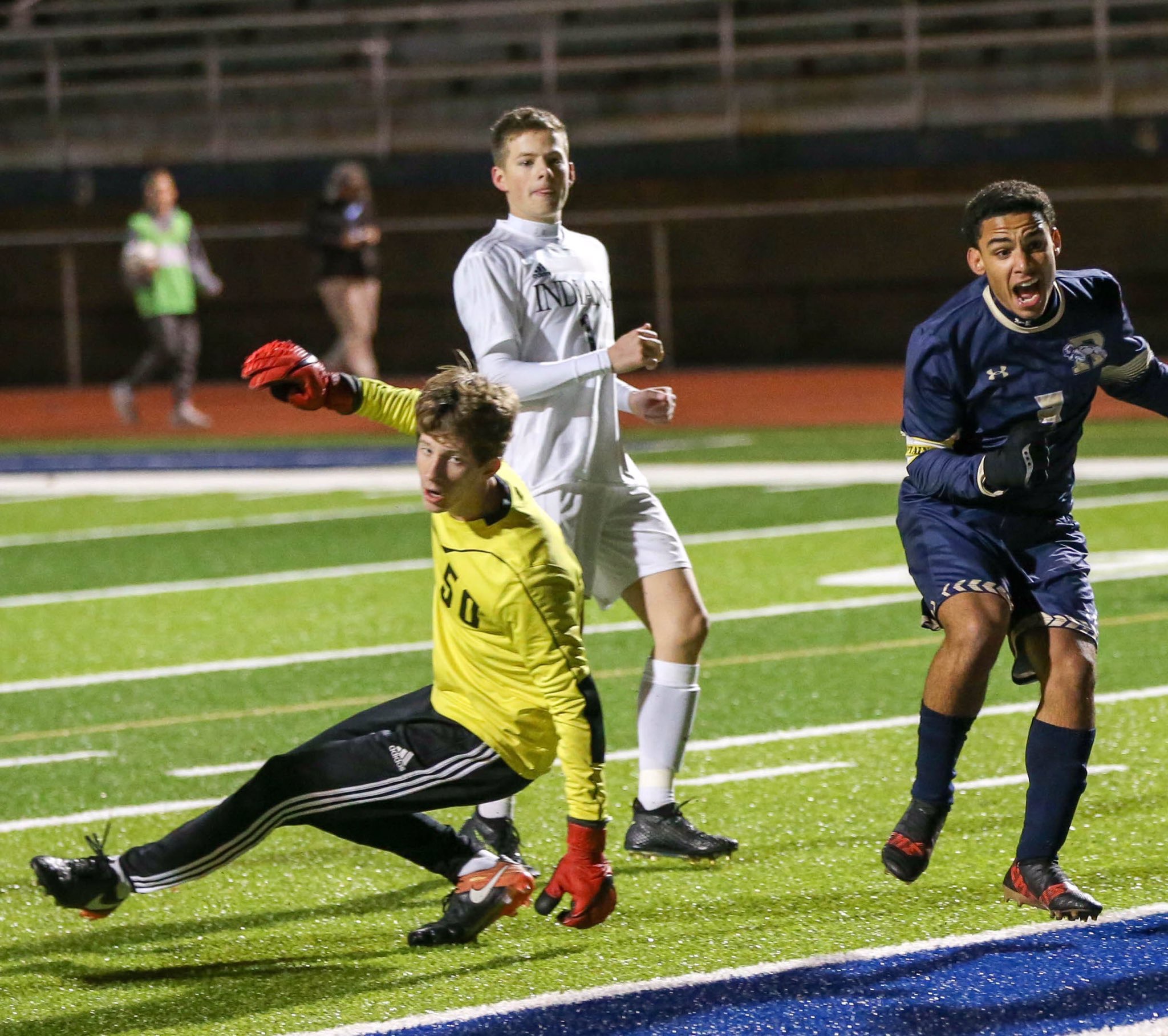 October 21, 2017. It was a day that Ringgold’s boys soccer team has been thinking about ever since they were upset by Indiana in the first round of the WPIAL playoffs at Belle Vernon’s James Weir Stadium.

For almost a year to the day, the Rams had been thinking about getting revenge. On Monday night, they got their chance…and Ringgold made a big statement.

Senior Kobe Norfleet found the back of the net on Ringgold’s first shot of game only 1:46 in, scoring off a give-and-go with Eli Schoedel.

Holding a 1-0 lead, the Rams would continue to apply pressure but their next opportunity wouldn’t come until 15 minutes later. Much like the first, Ringgold took advantage. Freshman Mason Fabean dribbled past a number of Indian players before burying a shot into the right corner for a 2-0 lead.

Minutes later, Indian would make a fatal mistake allowing an own-goal that was redirected into the net off a shot from Andrew Bottino. The Rams would take a 3-0 lead into the half.

The lead would hold until late in the second half when Norfleet would net his second of the game with 7 minutes remaining. Frankie Lowstetter sprung Norfleet with a nice pass to set up the score.

Travis Yahnite didn’t have a particularly busy night in goal, but stopped all 3 Indiana shots he faced to earn the shutout victory.

With the win, Ringgold (13-6) avenges last season’s upset loss to the Indians and advances to the WPIAL quarterfinals. The Rams will continue their revenge tour in a rematch with Thomas Jefferson. Ringgold lost the Jaguars 2-0 in the season’s opening tournament. The game will be played on Thursday, October 25th at 8pm at Peters Township.