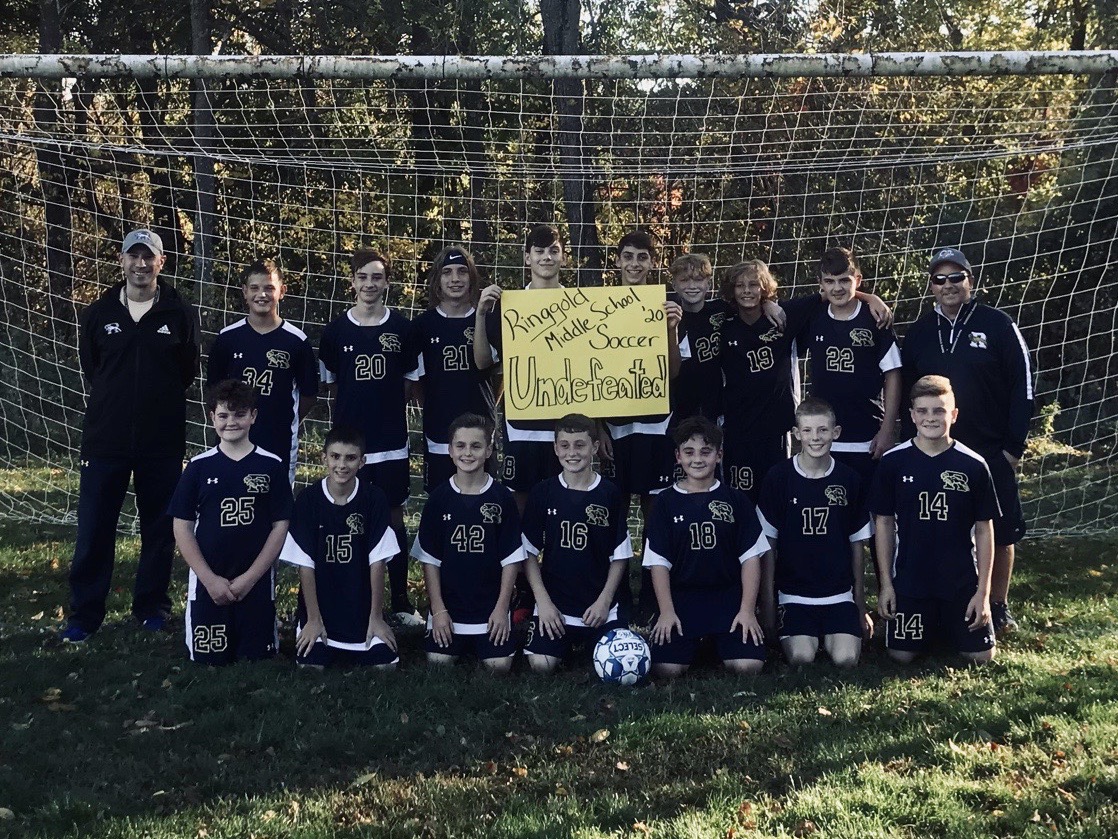 The Ringgold Middle School Boys soccer team faced TJ in their final game of the season on Tuesday in Finleyville. With an undefeated season on the line and in front of the home fans, the boys took the field.

The Rams and Jaguars battled early with neither team able to break through the defense. With less than 5 minutes left in the first half, Nick Evans penetrated the Jaguars’ midfield and backline, placing the ball onto the foot of Michael Stasko for the score. The 1-0 score would stand into halftime.

Stasko would strike again early into the second on passes by Aidyn Whaley and Evans. Stasko soon after returned the favor setting up A. Whaley, extending the lead to 3-0. TJ quickly answered to reduce the lead but the Rams were not finished. With 8 minutes remaining, A. Whaley had his second goal of the match on Evans third assist.

When the clock expired and the final whistle blew, the Rams were victorious 4-1. The win preserved the undefeated season with the team finishing with an 8-0-1 record. Congratulations to the boys for their hard work and dedication throughout the season.