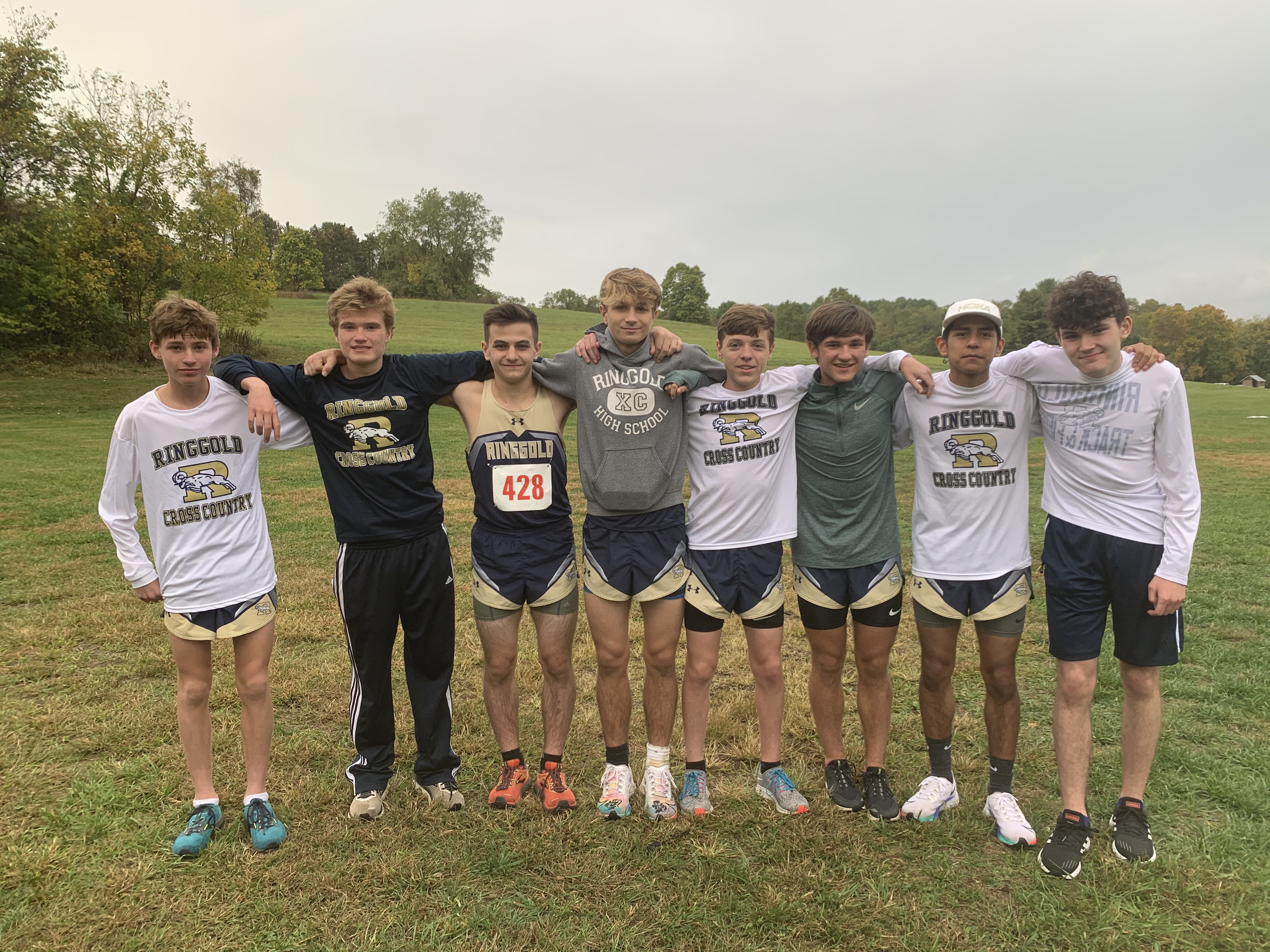 The Ringgold boys cross country team captured section titles at Mingo Park on Tuesday with wins against Connellsville, Uniontown, Laurel Highlands, and Albert Gallatin. The boys went 8-0 to close out the section season. This is the first time in Ringgold history that both the boys and girls won a section title in the same year, and this is the third consecutive year that the boys team has won the section title!

Freshman Ryan Pajak led the Rams with a first place finish, tying the school record set in 1992 with a phenomenal time of 16:09.

The boys will compete in a handful of big meets during the first couple weeks of October in preparation for the WPIAL championships.