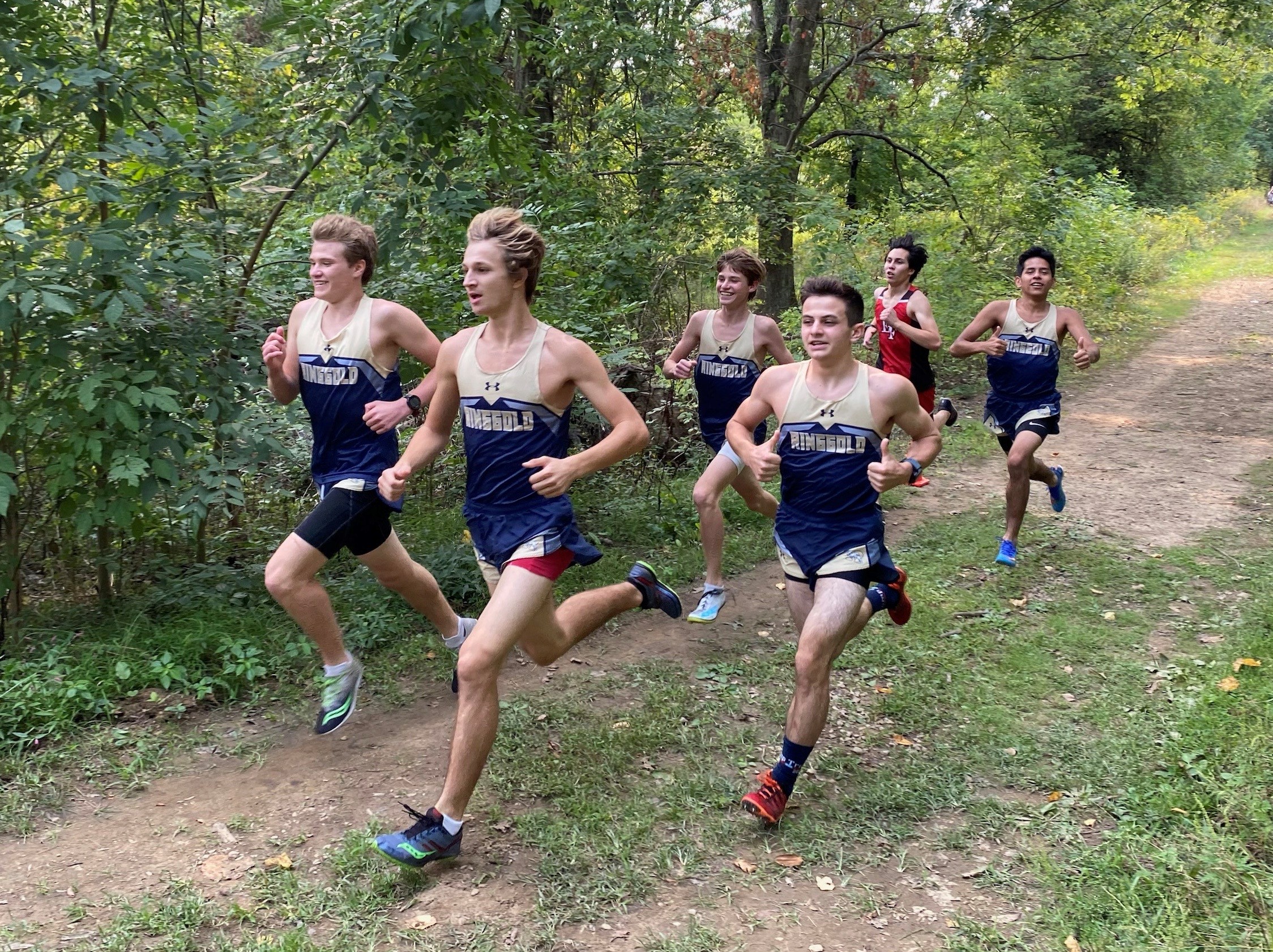 The Ringgold boys cross country teams ran away with their first section meet, claiming wins over Elizabeth Forward and Thomas Jefferson yesterday at Round Hill Park.

The boys beat Elizabeth Forward by an overall score of 15 to 50 and they also were victorious against Thomas Jefferson by the same score, and did not score against Laurel Highlands. With the wins, the boys move to 2-0 in section competition.

This meet sets the tone for the rest of the season as the Rams came into the preseason ranked number one in the WPIAL in boys AA and 8th in the AA boys state team rankings.

Lucas Pajak has a preseason ranking of the number one individual in the WPIAL boys AA Penntrack rankings. Ben Daerr is ranked 8th and Lorenzo Zeni 12th.