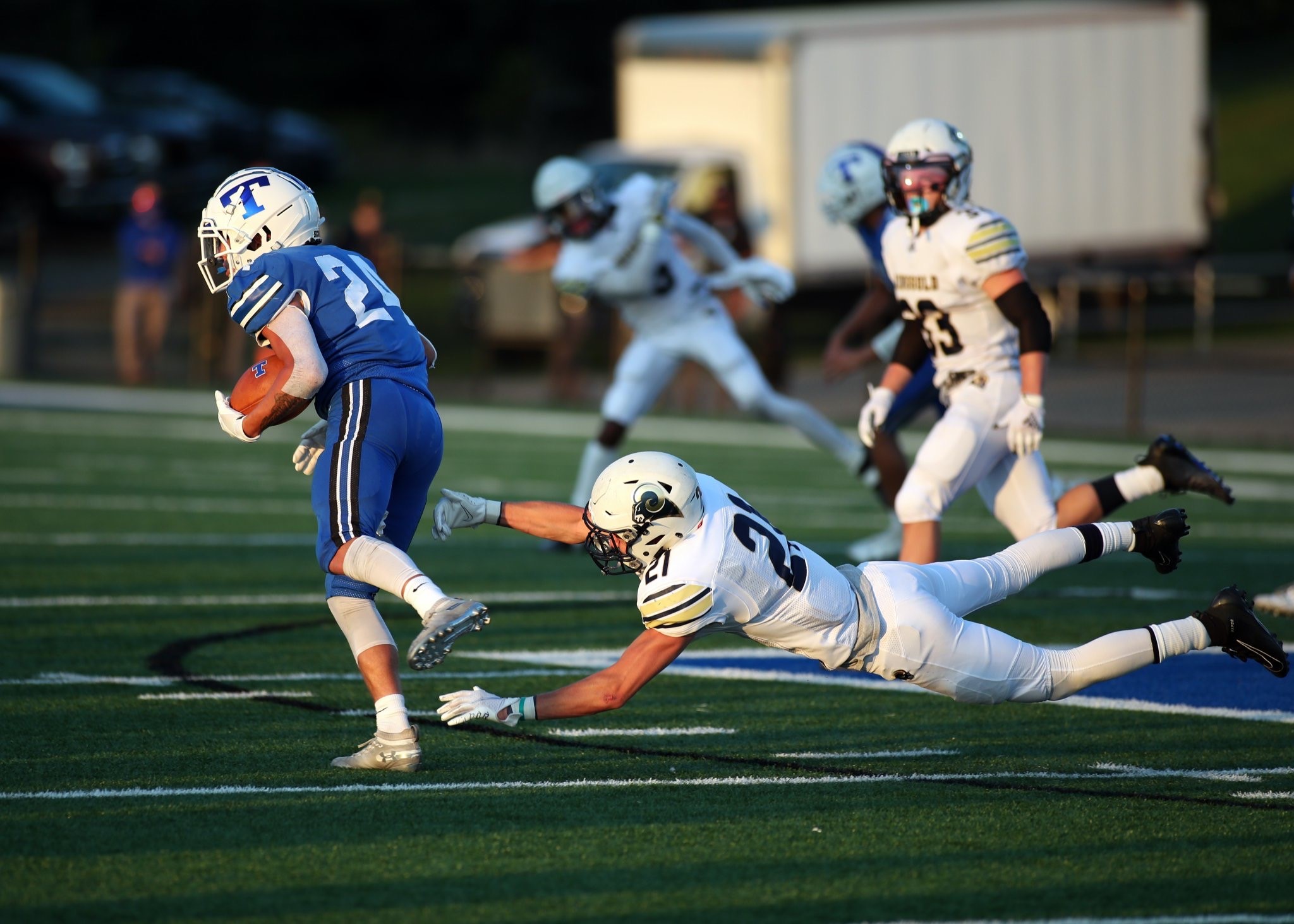 The Ringgold football team opened its 2020 campaign on the road Friday night, traveling to Hiller Stadium for a conference game against Trinity.

In what would become a pattern throughout the game, big plays and missed tackles proved costly in the early going, allowing the Hillers to jump out to a 28-6 lead in the first quarter. Ringgold’s touchdown in the quarter came off of a nice run from John Polefko from 5 yards out.

Ringgold showed signs off life in the second, with Polefko scoring his second touchdown of the game to trim the lead to 28-12. The Hillers answered right back however and took a 49-12 lead into the half.

The highlight of the games for the Rams was a 30-yard touchdown pass in the third quarter. Senior Jacob Walsh connected with Braydon Fine on a beautiful pass and catch.

Deondre Dotson would add one final score for the Rams in the fourth quarter, but the Hillers would take this one by a score of 49-26.

Ringgold is back in action again next Friday, September 18th, traveling to Laurel Highlands for a 7:00pm game.