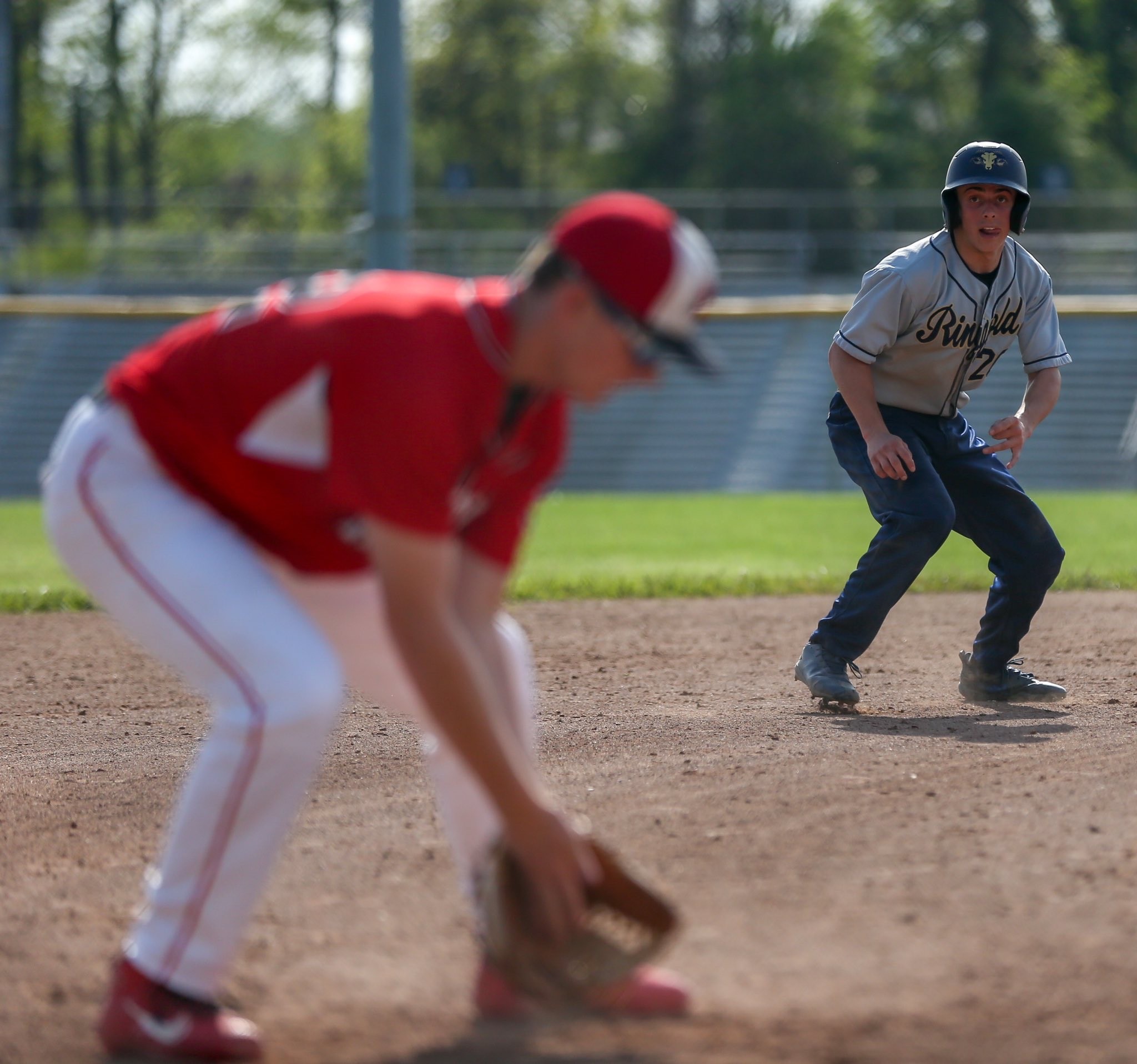 The Ringgold baseball team got back on track Tuesday, beating Elizabeth Forward to end their recent two-game skid. The Rams closed out their 2019 home season with a 6-1 victory over the Warriors in Section 3-4A play.

The Rams opened the scoring in the first inning when Bobby Boyer hit into a double play with the bases loaded to drive in a run.

In the second inning, the Rams once again loaded the bases and scored on a fielder’s choice to increase the lead to 3-0. Ringgold’s advantage would reach its peak at five before the Warriors got on the board, scoring in the top of the fifth inning to make it 5-1.

The Rams got that run back in the bottom of the inning on another unearned run without getting a hit.

From there, Nate Pajak entered in relief and pitched two scoreless innings to earn the save.

With the victory, the Rams (11-5, 10-3) now need to beat Uniontown on Wendesday to earn a tie for the section title with Thomas Jefferson.