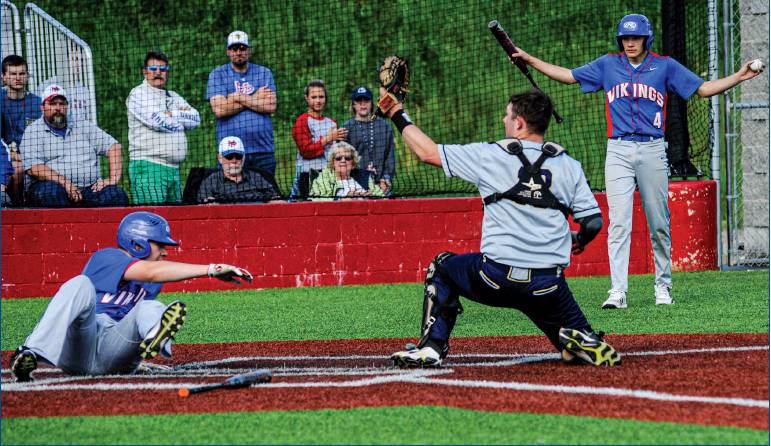 The Ringgold baseball team traveled to Seton Hill University on Wednesday afternoon for a match-up with the Mt. Pleasant Vikings in the opening round of the WPIAL playoffs.

Mt. Pleasant struck first in the top of the third after a single two outs followed by a dropped fly ball in center field, allowing the Vikings’s base runner to come around and score.

After the Rams went down in order to end the third inning, Mt. Pleasant used a five-run fourth inning to pull away for good.

While the Ringgold bats couldn’t seem to get going, the Vikings would add on two more runs in the seventh to take a commanding 8-0 lead.

Down to its final three outs, Ringgold needed a major comeback to extend the game, but wasn’t able to get on the score board.

Josh Peters took the loss on the mound. He surrendered six runs on four hits over four innings, striking out five and walking one.

Ringgold finishes the year at 12-6 overall.