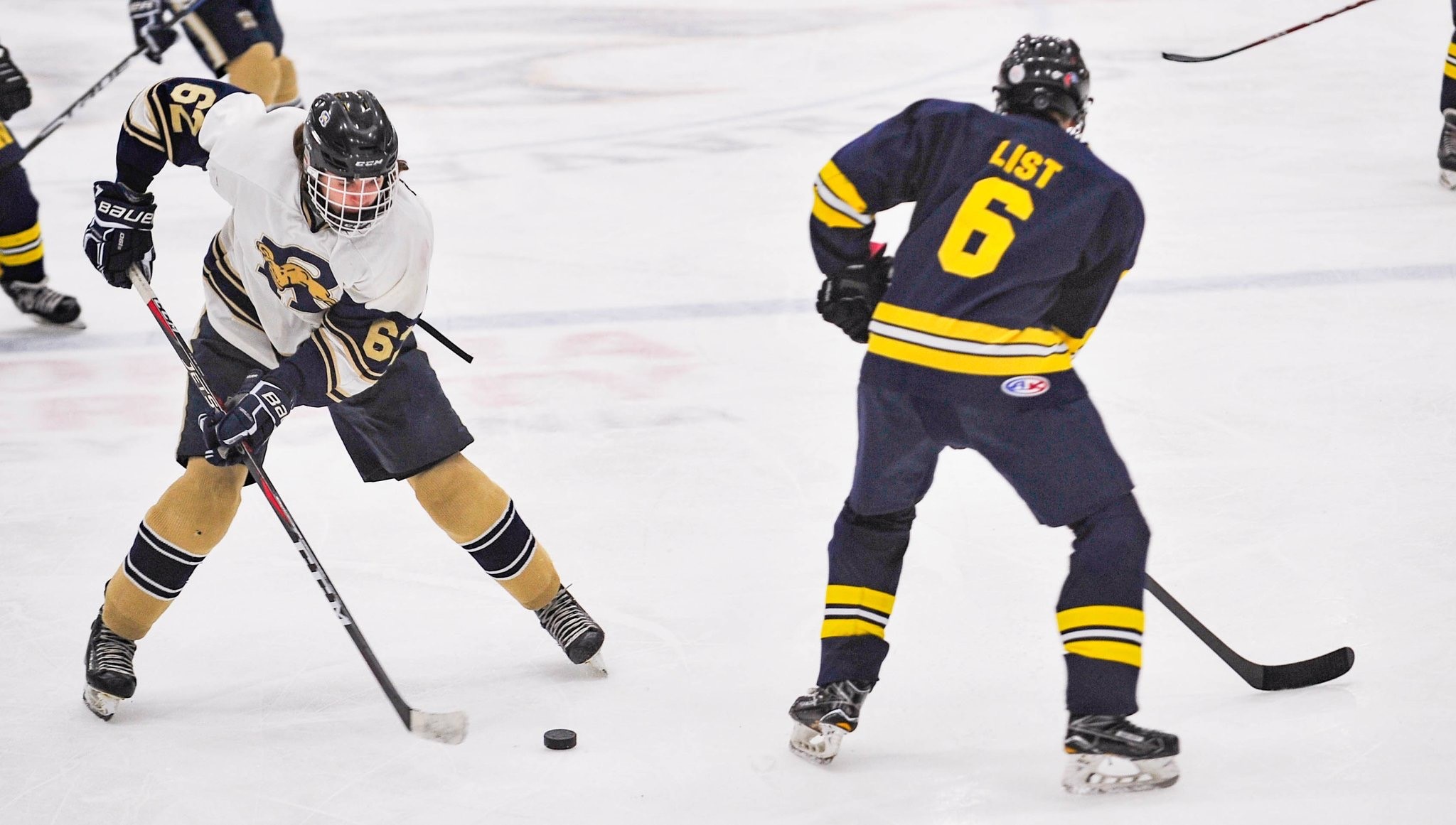 The Ringgold hockey team opened the 2020 PIHL playoffs at home on Monday night, hosting Wilimington in the quarterfinal round.

The Rams looked sluggish to start the game and Wilmington capitalized, taking a 2-0 lead before Ringgold’s Nathan Todd scored to cut the lead to 2-1 heading into the first intermission.

Despite their slow start, the Rams responded emphatically in the second period, not allowing another goal and dominating the final 40 minutes to earn an 11-2 victory.

Once Ringgold found momentum, the Rams kept their foot on the gas, scoring four goals in the second period and topping that with six in the third. Both Nathan Todd and Brad Bujdos would register hat tricks on the night, while Evan Eberlein (4A) and Justin Day (1 G, 3A) finished with four points each for Ringgold.

With the win, Ringgold advances to face Elizabeth Forward in the semifinals at 7pm on Monday at Robert Morris University.