Divers from all around Western Pennsylvania traveled to South Park High School last Friday to compete in the WPIAL Diving Championships.

Ringgold’s Jonnie McDuffie and Brooke Mihalik were the representatives for the Rams and competed in the AA classification. McDuffie competed against 19 other divers on the male side, while Mihalik faced off against 13 others in the female competition.

McDuffie, competing in the WPIAL championships for the second time, finished fourth with an overall score of 403.25. Senior Kyle Maziarz from North Catholic took gold with a score of 558.05. The top seven finishers qualify for states so McDuffie will head back to states for the second consecutive year. 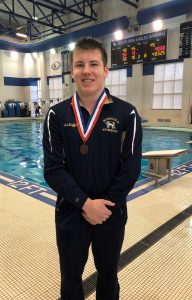 In her first appearance at the WPIAL competition, Brooke Mihalik had a good showing for a sophomore. Mihalik finished with an overall score of 256.85, good enough for tenth place overall. 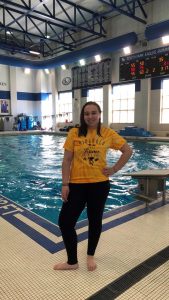 Congratulations to both Jonnie and Brooke on a job well done!

McDuffie will compete in the PIAA Championships which are held at Bucknell University in mid-March.